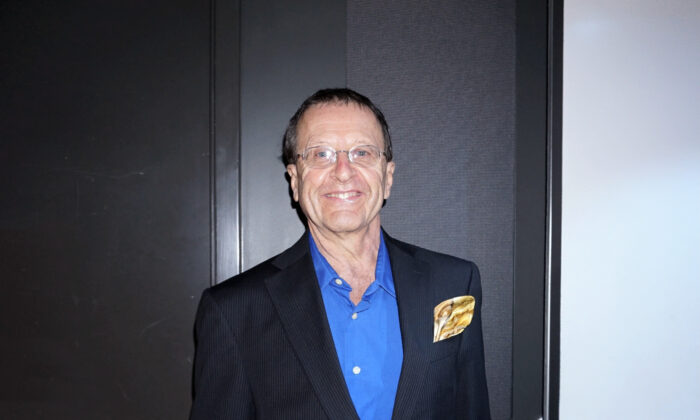 AUSTIN, Texas—Damon Holvitch had been supplying the theater industry for over 30 years, and so has seen a lot of shows. Of Shen Yun, he says, “this is by far one of the best ones I’ve seen.”

He and his wife Dr. Ella Burton attended the Jan. 8 matinee at The Long Center for the Performing Arts.

“It’s absolutely amazing how synchronized it is, and how beautiful it is,” he said. “I’m an engineer. And when 15 people jump and all land at the same time, there’s been a lot of practice, a lot of planning … Just watching the presentation is very uplifting.”

Shen Yun is a worldwide dance and music phenomenon centered around China’s 5,000 years of cultural heritage. Its performers have the unique mission of sharing with the world “China before communism,” a place that was as beautiful as it divinely inspired.

Mr. Holvitch was touched by this mission.

“I had met a friend of mine whose father owned a factory prior to World War II,” he recounted. “And to hear his story of what happened in China at that time, and now it’s happening here. It’s just a shame that a culture that deep, that old, is being tarnished and torn apart.”

Dr. Burton appreciated the realism of Shen Yun’s patented digital backdrop, which allows the stage action to extend into ancient and mythical landscapes.

“The background is absolutely amazing with the movement back there and it looks like it’s real horses and real people,” she said.

“It sounds funny to say, but it sounds like a recording, the sound is so beautiful,” he said. “I wanted to see how they were seated, how they distributed the different instruments. There’s no mistake, not a single note out of place.”

Shen Yun‘s orchestra produces an unmistakable sound. By blending traditional Chinese instruments into a full Western orchestra, it creates moods from the intimate to the soaringly grand.

“I’ve heard of this show for a number of years and never really had an opportunity to take it in, but today I did, so I got the best seat I can get, and I’m just so impressed,” Mr. Baker said.