Shen Yun Hits You on a Number of Levels 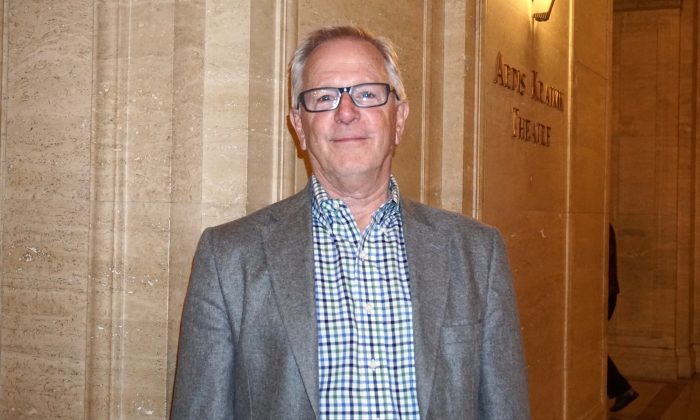 CHICAGO—The pageantry, the vibrant colors, and the precision of the dancers were amazing to begin with for Jim Rush when he saw Shen Yun Performing Arts at the Civic Opera House, but he was amazed at how stimulating it was on a number of different levels.

Mr. Rush is a retired business professor, chairing the flagship MBA program at the Ivey Business School at the University of Western Ontario. He remains active as “an authentic change management and business transformation expert,” according to The Involvement Practice website. He has also written three books.

He thought it was very interesting to learn and believes the world is better for knowing that there’s a culture that strives to keep its ancient traditions alive despite repression by a tyrannical regime.

Since the communist regime seized power in 1949, it has sought to completely eradicate all aspects of China’s traditional culture that spans 5,000 years of history. Shen Yun’s mission is to revive that culture.

Renewal is one of the things Mr. Rush really believes in. So for him, the way Shen Yun presents traditional Chinese culture is “all about going back to your values on foundation and the manifestation of those values, the cultural manifestation of those values and bringing them alive [and] … bringing some modern relevance to it as well,” he explained.

“My mind is kind of swimming with a whole bunch of values at the moment, stimulated in a whole variety of ways I didn’t expect to be,” Mr. Rush said.

In particular, he felt that it really made him think about the values of compassion and tolerance. “People could use a lot of that right now. We are a little short on it at the moment; very timely,” he said.

Having thoroughly enjoyed it, he commented on how he thought it was fascinating that something as beautiful as this is not allowed to be seen in China.

Some of the beautiful aspects that stood out to him were the flowing sleeves of some of the costumes and the voice-like quality of the erhu, a Chinese two-stringed violin.

Mr. Blazer would absolutely recommend Shen Yun to his family and friends saying that to not see it, you’d be “missing a wonderful opportunity to see some of the things that are beautiful in the world.”