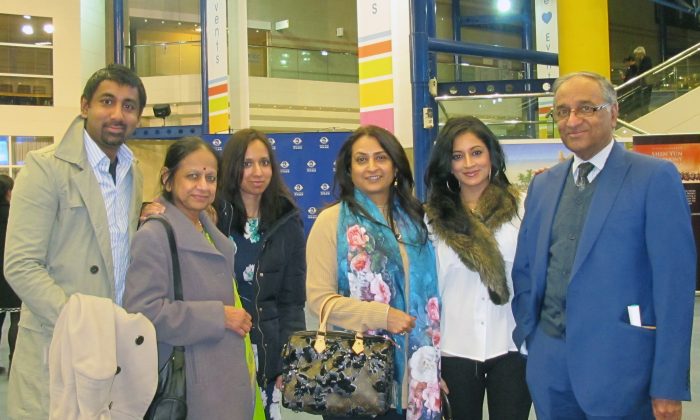 BIRMINGHAM, United Kingdom—When you think of Shen Yun, vibrant colours and a strong spirituality often spring to mind. The same could be said for India.

When Dr. Krishna Srivastava, a general practitioner, and fashion designer Titiksha watched Shen Yun Performing Arts at the Birmingham ICC on March 28, they realised just how much their Indian heritage had in common with traditional Chinese culture.

It was “breathtaking, stunning, visually so pleasing, absolutely wonderful,” said Dr. Srivastava after the performance. “We have a lot in common, more that we even know about; tonight I realised.”

“I think music is absolutely beyond everything. It has no barriers. And today has proved that. You had all kinds of people but still we could connect with the aspects of [the Chinese] cultural side.  … We could see the connection so strong,” Titiksha said.

Love, compassion, honour, understanding – it’s all universal. It doesn’t belong to a country or a people

Through the expressive art form of classical Chinese dance, Shen Yun dancers are able to dramatise cherished stories from the past and present. “Their figures embody the most exalted virtues of Chinese civilisation, and convey a message or moral that is still relevant in our day,” states Shen Yun’s website.

Dr. Srivastava agreed. “Love, compassion, honour, understanding – it’s all universal. It doesn’t belong to a country or a people,” he said.

“It was beautifully done. The choreography, the synchronisation, everything was absolutely superb.”

Titiksha has her own couture fashion label Tanushree Collections that specialises in stunning Indian bridal and evening wear. She couldn’t help but be inspired by Shen Yun’s beautiful handmade costumes that take their inspiration from different dynasties and regions of China.