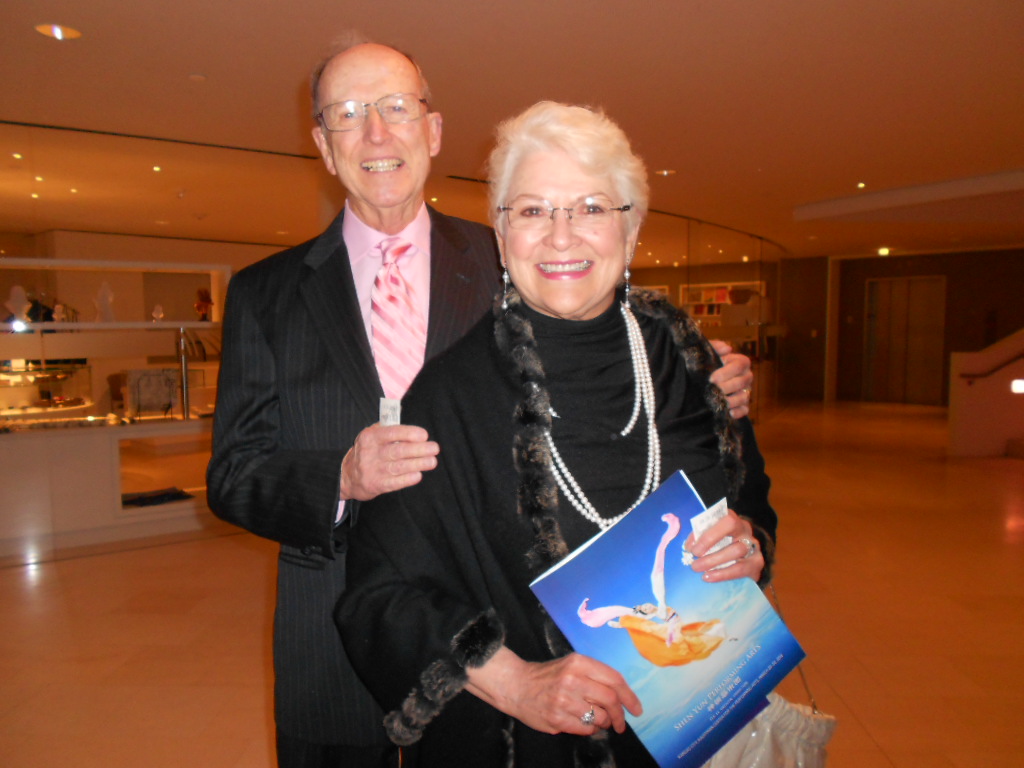 Shen Yun, ‘Good for the Rest of the World to See’

KANSAS CITY, Mo.—“I am very sorry that they are not allowed to do this in China anymore, that the culture is disappearing, and I just don’t understand. It is such a shame to not allow this anymore in China,” said Jack Ellis, after seeing Shen Yun Performing Arts perform at the Muriel Kauffman Theatre, part of the Kauffman Center for the Performing Arts.

Although New York-based Shen Yun tours the world to over 100 cities each year, it is not allowed in China.

“The company’s mission is to use performing arts to revive the essence of Chinese culture—traditionally considered a divinely-inspired civilization. Since the CCP is officially an atheist regime, it is afraid of the freedom of expression this arts company enjoys in the West,” the company’s website explains.

Now retired but formerly an owner of Centrics, Mr. Ellis attended the classical Chinese music and dance performance with his wife, on March 28, and the couple answered some questions about their impressions afterwards.

Mrs. Ellis, who studied in China briefly, had never seen a program “as spectacular as this.” She was completely enchanted with the erhu playing, a Chinese two-string violin-like instrument.

“To see it here was like a miracle for me, to see that played here in the United States,” she said. Mrs. Ellis, retired too, used to work at Rand Corporation in Santa Monica, Calif.

Mr. Ellis, who had never been to China, “thought the whole evening was spectacular!”

He commented on the dancers’ unison, the props and the digitally animated backdrops: “I think large numbers of people doing the same thing at the same time, the scarves, the flowers, the lotus flowers, the sky coming up from the stage, and the spectacular appearance of people out of the sky and onto the stage and vice versa, was very, very impressive.”

Both simultaneously responded that they felt this show would be good for everyone.

“I thought the depiction of what was happening was very good for the rest of the world to see,” Mr. Ellis said.

His phrase “what was happening” in China refers to the ongoing persecution of people of faith there. Several of the 20 or so dances depict this repression.

Mr. Ellis also recommends the performance because, he said, “It is so different from anything I have ever seen.”

“I thought it was stunningly beautiful … I was surprised that I liked it so much,” he said.