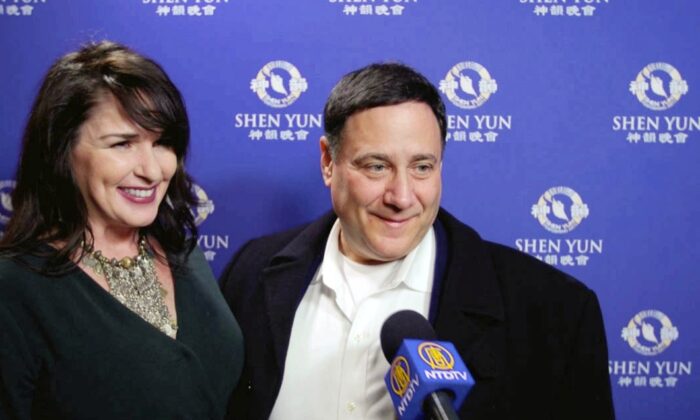 St. PAUL, Minn.—After seeing Shen Yun Performing Arts, venture capitalist Garry Lowenthal was so energized that he wanted to hop on stage and join the performers.

This is his third year seeing the traditional Chinese dance and music company, which has seven individual companies touring the globe. Each takes audiences on a journey through time, from the formation of China’s culture in its mythic past all the way to the present day.

“It’s actually different every year, which is what I love about it. … It tells the story [of] 5,000 years of China and the people,” Lowenthal said.

Lowenthal attended Shen Yun on Feb. 20, 2020, at the Ordway Center for the Performing Arts with dancer, playwright, and painter Pario Max.

As a dancer and gymnast in her earlier years, Max, understands the daily discipline needed to perform at a professional level, to perform the number of dances that Shen Yun dancers do, and to perform “to the T” in exact unison with such large groups of dancers onstage. “It’s amazing,” she said.

“It is art in itself onstage, and it is just magical,” she said. “It is; it’s very magical.”

“My favorite was the sleeves dance,” she said. In the classical Chinese dance “Water Sleeves,” ladies toss out long silken sleeves and then effortlessly retrieve them.

“It was like flowers blooming; it was just a flow of energy,” Max said. “Every performance was a flow of energy, but that one especially, where they were letting go and drawing in. It was almost like everything was blooming.

“And the backdrops are amazing too, with the colors,” she said.

She considers the overall artistry phenomenal. “It’s not only the backdrops, but it is the choreography that goes into all of this that is truly incredible, to have that many performers on stage all in synchronicity, all doing exactly the same moves. That is truly amazing. It is absolutely phenomenal,” she said.

For Lowenthal, what was amazing was Shen Yun’s underlying message: love. “It’s all in the love of the heart, for the country, for the other people, and for the love of your life, as well as [for your] brothers.”

He felt he really connected to the performers. “I wish … [they’d] have more performances too. … Just to share this love with other people,” he said.