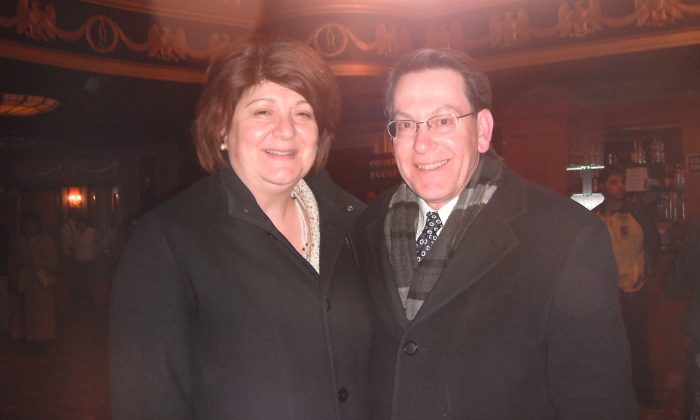 “[The] costumes and production were first class, it was excellent all around. We enjoyed it very much,” he said, after he and his wife saw Shen Yun perform at the Palace Theater on March 7.

“I didn’t really know what to expect,” he said. “But it certainly was worth watching.”

Based in New York, Shen Yun’s four companies evolved from the collaboration of top Chinese artists who came together in 2006 to revive China’s traditional culture through classical Chinese dance.

The performances lead audiences on a tour through China’s vast, rich history with mini-dramas depicting stories of heroes and deities, which emphasize values like courage, bravery, loyalty, and compassion.

Mr. Shaban liked the history he saw in the performance, as well as the values he saw portrayed in the culture.

“I think they, [the values,] are pretty much universal, about respect and honor and cooperation, compassion,” he said.

Mrs. Shaban said she also appreciated the values, which she says “have stood the test of time.”

Both the Shabans said they recommend the performance.

“I would certainly recommend it. Both on a visual level, and a substantive level as well,” Mr. Shaban said.