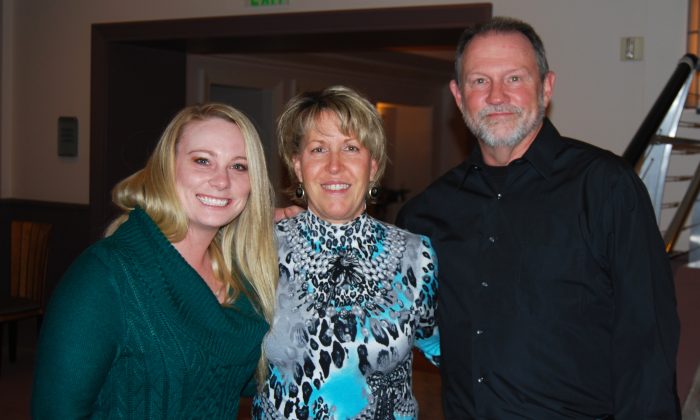 FORT WORTH, Texas—“I think it’s a real eye-opener to China, and what it’s really like,” said Steve Smith, a vice president of special projects, seeing Shen Yun Performing Arts at the Bass Performance Hall in Fort Worth, Jan. 5.

Mr. Smith attended the performance with Tara Smith and Kaylee Foster, who were blown away by the New York-based production.

Through the universal languages of music and dance, Shen Yun revives 5,000 years of Chinese civilization, a culture that is said to be divinely inspired.

Ms. Foster was thrilled with the brilliance of the costumes, and how the dancers used them as an extension of the dance, almost like props.

“Just the way they put the colors together—you wouldn’t think it’d go so well!” she said.

Mr. and Mrs. Smith greatly enjoyed the stories Shen Yun told through dance, which were very human stories, they said. For example, in one piece, a boy in a group of ancient scholars dozes off, and his rude awakening filled the theater with laughter.

However, Mrs. Smith said it moved her to think this was something the people in China are not currently able to enjoy.

“It breaks my heart they can’t even do this at home, they have to go to other countries to do their art, to keep that alive,” Mrs. Smith said.

Under years of atheist communist rule, the traditional culture, steeped in values such as benevolence and respect for the heavens, is suppressed and was nearly destroyed.

“[It’s] kind of like spring. A new life,” Mrs. Smith said of the performance.

“I think it’d have a great impact on other cultures,” Mr. Smith added. “I think it’s a real eye-opener to China and what it’s really like, because I don’t think we understand. We just look at [China] as one huge conglomerate that’s trying to weight itself all over the world, and I know it’s deeper than that.”