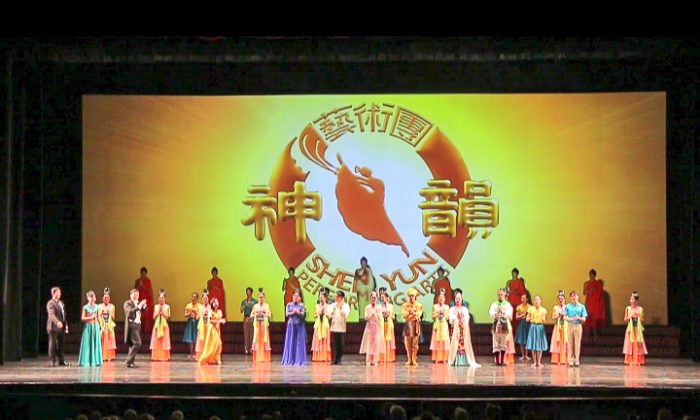 As its four touring companies sweep across the United States this season, Shen Yun Performing Arts continues to awaken audience members to the majesty and beauty of China’s 5,000 year-old culture and its deep values that are instantly recognizable and uplifting.

These are just some of the reasons why Florida audiences have also fallen in love with Shen Yun.

Some cities, such as Fort Lauderdale, have played host to Shen Yun since the founding of the company in 2006, making this the ninth year that they will welcome the world-famous classical Chinese dance company.

Anja Zini, a professional ballerina and teacher who attended the performance in Fort Lauderdale last year said, “I get an overwhelming sense of peace and tranquility” from watching Shen Yun. “I could watch it over and over and over. It’s beautiful,” said Zini who has performed leading roles in productions like “The King and I,” “Alice,” and “The Sleeping Princess” in the U.K. as well as “Will Rogers Follies” and “Cabaret” in the United States.

In other cities such as Melbourne, the company received numerous standing ovations when it toured there in 2013 to a packed house, and is finally back by popular demand.

City of Melbourne Mayor, Kathy Meehan, wrote to Shen Yun Performing Arts to express her own and her community’s enthusiasm for the return of the company to their city to the Maxwell C. King Center for the Performing Arts on January 20, 2016.

“Shen Yun Performing Arts is a culmination of Chinese culture that includes dance, vocalists, and orchestra. Its beauty and energy will leave you uplifted and inspired. … I am hopeful that the citizens of Melbourne will enjoy the performance and learn about the wonders of ancient Chinese culture. Best wishes to the Shen Yun cast for a successful show,” wrote Ms. Meehan.

In a letter that echoed the same sentiments, Congressman for the 8th District, Florida, Bill Posey wrote:
“It is an honor and privilege to welcome Shen Yun Performing Arts back? to the Brevard County community and the Maxwell C . King Center for two more shows. We look forward to this coming year in 2016 and additional opportunities to support the performing arts and raise our profile around the nation as a premier travel destination.”

Audience members from the arts community have always responded to Shen Yun’s artistry with great enthusiasm.

Painter and sculptor Esther Lomax couldn’t stop raving about Shen Yun Performing Arts after viewing a performance on Jan. 6 at the Lakeland Center. She had waited an entire year and a half to see the performance, captivated from the moment she saw the first commercial on TV.

“It was very emotional,” she said. “I’ve never seen anything like it. I’ll be a real old lady and I’ll never forget tonight. Beautiful, sensational!”

Music teacher Barri Lester was studying Chinese medicine and looking to the philosophies of the past when she came across Shen Yun Performing Arts. She had read that both sound and color could influence health and emotions. The ancient Chinese believed music had the power to heal.

Ms. Lester was moved to tears when she finally attended Shen Yun at The Lakeland Center on Jan. 5. “I just felt like it was this beautiful culmination of all the things I’d studied and felt passionate about.” Ms. Lester said. “It can’t help but to open your heart.

Retired couple Sharon and Bob Miller who attended Shen Yun on Jan. 6 at the Lakeland Center not only enjoyed the experience but were already looking forward to the company’s return next season.

Ms. Miller praised Shen Yun for its spiritual aspect and beauty.
“It’s everything we need. … I felt elated. I felt like crying.” Ms. Miller said. “It’s beyond words.”

Knowing that Shen Yun tours around the world with a new line-up every season, Mr. Miller said:

“We can’t wait till next time.”