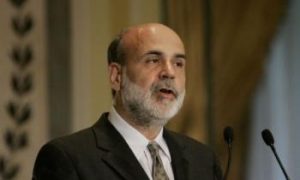 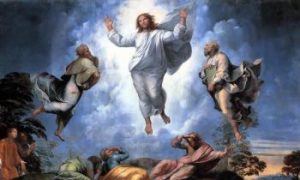 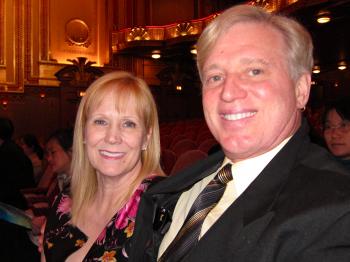 By Epoch Times Staff
Print
CHICAGO—Immersed in the music and spectrum of colors exploding across the stage, Cathy Crank sat back and soaked up the final performance of Shen Yun Performing Arts New York Company in Chicago.

“Well, I am enjoying the show. It is very colorful, the music is mesmerizing,” she said of the Sunday afternoon April 24 show, held in the majestic surrounds of Chicago’s Civic Opera House.

“I enjoyed the colors, but sometimes I had to close my eyes to just really absorb the different musical instruments—very enjoyable.”

Like her husband Keith who accompanied her to the show, Mrs. Crank enjoys “all sorts of music and the different types of instruments” by the Shen Yun orchestral fusion of Eastern and Western composition.

Mr. Crank is a union tradesman carpenter, employed by the Oakdale Training Center for Carpenters, while Mrs. Crank works for First American Bank as an administrator.

Mr. Crank shared his wife’s sentiments of the New York-based company’s presentation that aspires to reawaken ancient China's values, which have been all but destroyed over six decades under communist rule.

He saw something special in the hundreds of intricate and exquisite handmade costumes that spanned China's dynasties, regions and ethnicities.

“I think that the time and the motion that went into the design of the costumes is very unique, and I can see the history behind the costumes and the symbols that are in there—the colors are just very beautiful,” Mr. Crank said.

“I do appreciate the artistic background and at the same time learning some of the history. The Chinese culture does go back many, many thousands of years and I can, with today—they have carried the culture into modern times—to appreciate.”

Mr. Crank plays guitar and taught his son, and together they now teach his grandson.

Beautiful Music and Dancing 'Everything was perfect'

Also enjoying the classical Chinese dance and music was Semra Prescott, who has been to China on three occasions, with her husband.

Ms. Prescott commented on the show. “I enjoyed it,” she said of the solo vocalists who performed with piano accompaniment.

“I liked the past and present coming in the time channel, especially. Beautiful music and also beautiful dancing—everything was perfect.”

She said the show was an inspiration, especially for the future generations of China.

Ms. Prescott said she was encouraged by some points in the performance that might effect change in Chinese society today. Shen Yun's dances set in contemporary times carry messages about the suppression of the freedom of beliefs in China as well as themes of spiritual renewal and hope.