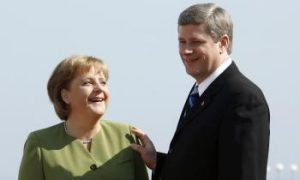 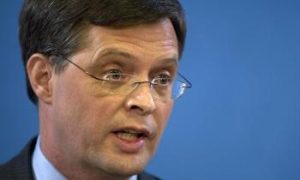 CHICAGO—Former Illinois state senator Howard Carroll and his daughter Jacqueline Carroll have both traveled the Earth, but Friday night at home in Chicago they took in Shen Yun and saw new worlds.

“I definitely wanted it not to be over, I wanted to see more dances,” said Ms. Carroll, who has studied acting all over the world.

The Carrolls, both attorneys, were in the audience for opening night of Shen Yun's 10-show run at Chicago's historic landmark Civic Opera House, which holds the biggest stage in the heart of the “City of Big Shoulders.”

“I thought it was representative of the history of China,” said Mr. Carroll, who has traveled to China several times. Mr. Carroll served 28 years altogether in the Illinois state assembly, and is now Of Counsel to the law firm of Kamensky Rubinstein Hochman & Delott.

Commenting on the format of dances that tell stories from China's rich history, Mr. Carroll noted that Shen Yun is able “to take on different subjects, different parts of China’s history, and the [different] parts of China. China is so huge you have different cultures throughout it.”

“Extremely enjoyable, the dancing was unbelievable, but the scenery, and the concepts were as amazing,” Mr. Carroll said. “You saw things developing amongst the cultures and good thinking winning over evil, which is the story everybody likes to see.”

Ms. Carroll, also an attorney, said, “The artistry is beautiful—the colors, the dances.”

She mentioned the leaping and tumbling skills of the dancers, a mainstay of classical Chinese dance.

While she enjoyed the vigorous action on stage, the dance piece that remained most vivid after the curtains closed was the graceful “Plum Blossom,” which portrays this favorite flower of Chinese people hinting at the arrival of Spring.

“It was so simple and elegant. It took my breath away,” said Ms. Carroll.