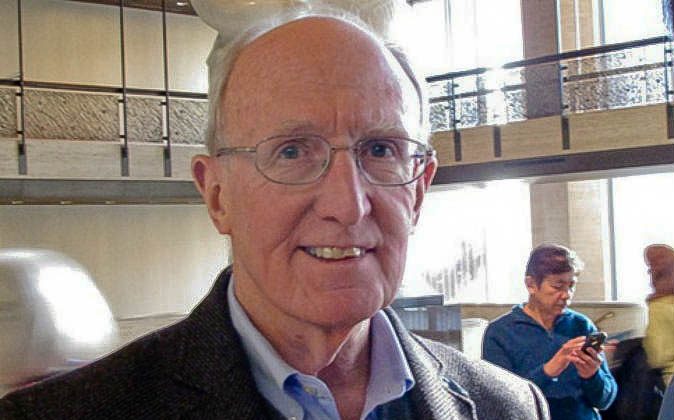 Dr. Scott and his son Mr. Ryan Scott, also an educator, attended a matinee performance of Shen Yun at the David H. Koch Theater at Lincoln Center on Jan. 11.

The father and son were thrilled to see the traditional Chinese culture revived by New York-based Shen Yun, and delightfully surprised at the use of technology to present it.

Chinese civilization is 5,000 years old, but with the help of a digital backdrop, dancers tumble in from screen to stage in ancient battles and the audience is transported through time and space.

“In the past, people could only imagine these happenings and here they are able to represent it with technology,” Dr. Scott said. “Here we’re seeing representation of stories, themes, values from thousands of years.”

His interest in Shen Yun’s revival of traditional Chinese culture is not just casual. Dr. Scott, a prolific professor of sociology and anthropology, has focused much of his work and speaking appearances on global affairs.

He is also a great patron of the arts. Since Dr. Scott became president of Adelphi University, the school has added a fine arts center and expanded cultural curriculum and programming.

Dr. Scott said he was particularly taken by the beauty of the bright colors and how the costumes were used as an extension of the dancers, accentuating their movements, as in the dance “Sleeves of Grace,” where female dancers don long, silken sleeves.

“I think that’s also part of the tradition and its a good thing to remember,” Dr. Scott said.

China was once known as the land of the divine, and at the heart of traditional Chinese culture is respect for the heavens, according to Shen Yun. But under 60-plus years of communist rule, the culture was all but lost in China. In 2006, Shen Yun was formed by artists from around the world to revive that culture.

Both father and son said the performance represented compassion and tolerance.