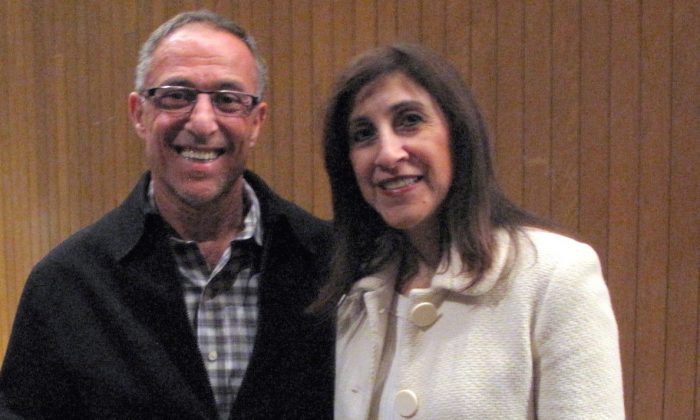 Mike Salfity and his wife at the Shen Yun Performing Arts show at the Terrace Theater on Feb. 8, 2015. (Epoch Times)

LONG BEACH, Calif. – Shen Yun Performing Arts World Company delighted and captivated its audience at the Terrace Theater on Sunday, Feb. 8. Mike Salfity, an executive at a large corporation, attended the performance with his wife.

Established in 2006, New York-based Shen Yun is a non-profit organization working to bring 5,000 years of Chinese civilization to life through the performing arts. Having performed in front of millions of people across some 20 countries and 100 cities, Shen Yun has gained wide recognition as an international phenomenon.

For Mr. Salfity – someone who’s already been to China a numerous times–experiencing Shen Yun was as insightful as it was enjoyable.

“I think it’s an education for me,” said Mr. Salfity. “I think it enlightened me.”

“I think we can learn a lot from the Chinese culture,” he said. “I think its principally grounded in high ethics, high integrity… for me, it’s a culture I admire.”

As the website explains, “Sophisticated dance techniques, and orchestra joining instruments from both the East and West, beautiful costumes, and a stunning back drop – this is Shen Yun at first glance. But digging deeper, one discovers a sea of traditional Chinese culture… Principles such as benevolence and justice, propriety and wisdom, respect for the heavens, and divine retribution, all come to life, washing over the audience. Originating from Confucianism, Buddhism, and Taoism, these ideals are the essence of traditional Chinese culture.”

Mr. Salfity was so pleased with his experience that he intends to return and watch the performance for a second time.

“I’m hopeful we can come back and bring our two children, our son and our daughter,” he added.