Shen Yun Ends on a High Note in Sydney 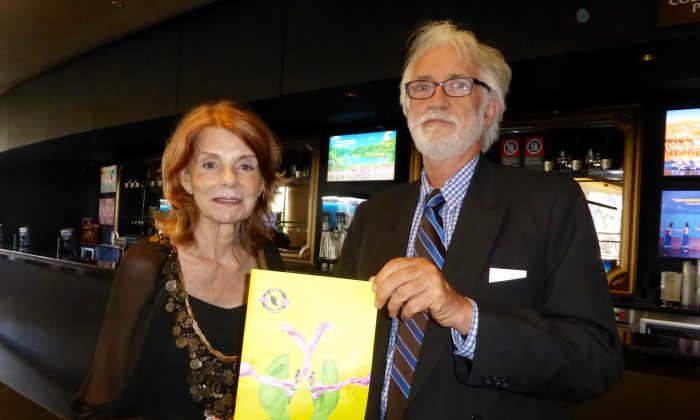 Shen Yun’s mission is to revive the essence of Chinese culture and heritage that has been systematically destroyed under communist rule. The New York-based company will continue its 2016 World Tour in Taipei, Taiwan from March 17 to 20.

Sydney audiences were blessed with an encounter with divine culture at the performance when they were transported to China’s ancient imperial courts, lush green grasslands, and heavenly paradises during March 8 to 13 at the Sydney Lyric Theatre.

“I think it shows the very high quality and the deep historical heritage of Chinese civilisation that the communists had tried to destroy,” he said. “It’s very important that many people in Western countries could see this show and receive this message.”

Since the Cultural Revolution, the Chinese regime has destroyed people’s beliefs in the divine and replaced traditional values with communist ideologies. The Chinese Communist Party is afraid of the freedom of expression represented by Shen Yun in the West that is bringing lost values back to life lost and exposing the brutal persecution of Falun Dafa, a peaceful meditation practice based on the values of truth, compassion and forbearance. The regime has not only prevented Shen Yun from performing in China, but has also attempted to stop performances overseas.

Mr. Vinnicombe has watched Shen Yun every year since 2008 and is unceasingly impressed by the hard work exhibited by the performers.

“I just think of all the hours of dedicated work which the [dancers] must have put into rehearsing to produce a top performance,” Mr. Vinnicombe said.

He was particularly inspired by the last piece, “Hope for the Future”, which portrays the ongoing persecution of Falun Dafa practitioners in China.

Like Mr. Vinnicombe, Nikolay Evrov was also pleased after watching the performance on March 9.

The casual lecturer in piano at the Sydney Conservatorium of Music appreciated the performance for its artistic value.

“It was not only interesting for me, but I can value this because it’s very great art,” Mr Evrov said.

He also pointed out the importance of global cultural diversity that people in the West would increasingly comprehend and relate to.

“It’s good that in different places in the world, there exist different cultures because it gives richness to the world,” he added.

Rev. Hon. Fred Nile MLC was so impressed by Shen Yun in previous years that he decided to return again this year for another exhilarating experience on March 12.

The Federal President of the Christian Democratic Party is acknowledged for the honest and courageous stand he takes on issues that cause great public unrest and concern.

He thinks it unfortunate that Shen Yun is unable to perform in China and expressed his wish to do something about it.

“I did have a thought, whether it’s a divine thought, of writing to the president and say ‘Please let this program be put on in Beijing in the People’s Congress,'” Mr. Nile said.

He also stressed the importance of preserving Chinese culture and sharing it with people around the world.

“It’s a wonderful, famous culture in the world … and it should be maintained and preserved, and educated [to] not just the Chinese young people but the people of the world,” Mr. Nile said.

“Everyone knows about China, but they don’t know its ancient foundations.”

He further added that he hoped other theatregoers were able to relate to the spirituality manifested in the ancient stories and legends portrayed on stage.

“I think some people do become very materialistic only thinking of things and not spiritual things, but I think there is within us a divine yearning for the divine, for God” he said. “Nothing can suppress that.”