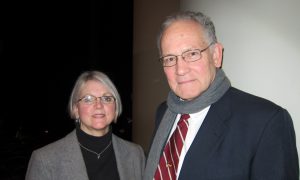 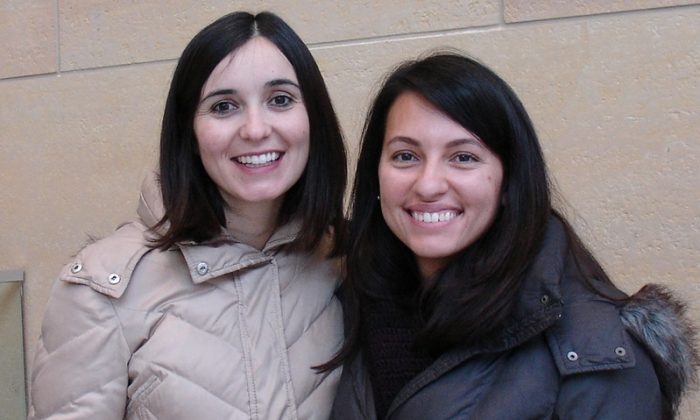 Shen Yun Draws You In, Makes You Part of It

Ms. Berta Carrasco came to the matinee performance with her sister-in-law, Josiane Toboy, executive assistant of Mango Languages in Farmington Michigan. What impressed her the most was the music, the choreography, the beautiful dresses, and how synchronized everyone was.

Ms. Toboy agreed, “Amazing, very colorful, everybody is synchronized, all the movements, are very nice.”

The Shen Yun program includes 20 or so music and dance pieces. Shen Yun’s dances and stories take the audience on a journey through the dynasties and regions of China.

In present day China, it’s difficult to see anything but a superficial glimpse of its ancient customs and traditions due to large-scale suppression of traditional culture by the communist regime.

Ms. Toboy thought it was interesting to learn that the spiritual practice Falun Dafa is not permitted in China even though its origins are from China. Yet, they can practice freely around the world. Falun Dafa, also known as Falun Gong, is a traditional meditation practice that focuses on the guiding principles of truthfulness, compassion, and tolerance.

“I like the idea of earth, heaven, and the human kin,” Ms. Toboy said.

Ms. Carrasco added, “We learn all these new things [from Shen Yun] that we didn’t know about the Chinese culture: (Falun) Dafa and Buddhism and all these.”

With the state-of-the-art digital backdrops, Ms. Toboy and Ms. Carrasco felt like they were in ancient to present times during the performance. “It’s just amazing,” Ms. Toboy said. “So you feel like you are right there.”

Ms. Carrasco felt the same way. “It was very powerful and I liked the interaction of the dancers and the performers with the 3D show. I think that’s something very 21st century, but at the same time, they are representing things that are so old and so ancient. They do a very good job connecting all these 5,000 years.”