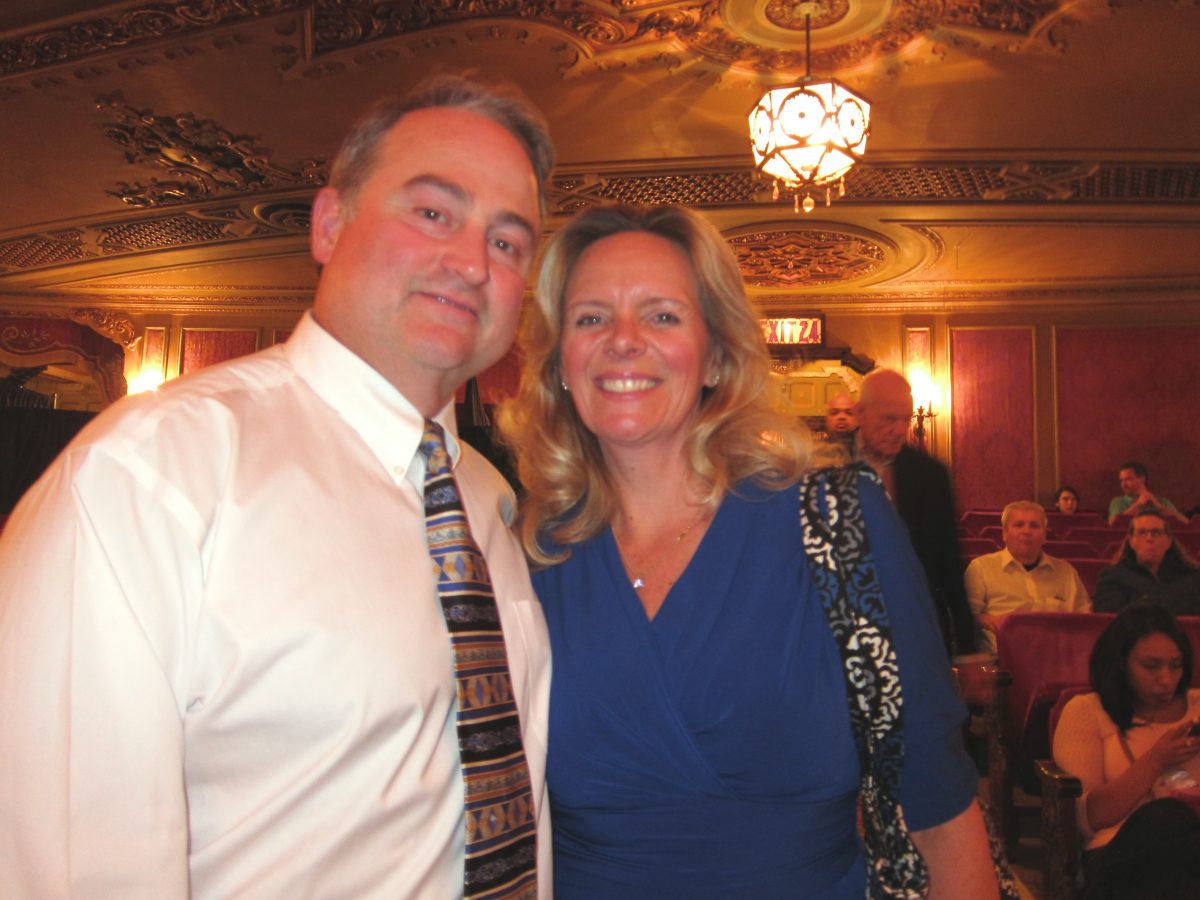 COLUMBUS, Ohio—There were certain things about the Shen Yun Performing Arts presentation that Kent and Annette Blair couldn’t help agreeing with—the discipline they saw in the dancers, and the traditions they saw being preserved.

Shen Yun, the world’s premier classical Chinese dance and music company, had its first of two performances at the Ohio Theatre on April 15, and the Blairs were there. The couple owns a trucking company called Circle Express.

Mrs. Blair was impressed that Shen Yun artists “grab their culture and they hold on to tradition—I am a traditionalist. I enjoy that they are studying the old ways. That’s very impressive.”

In fact, Shen Yun aims to restore 5,000 years of traditional culture rooted in the belief that man and god are connected, the company website explains.

“The purpose—the religion, everything that goes with it—it’s not just dance, I think it is a way of life,” Mrs. Blair said.

“I think that is very honorable for them to want to carry that on even though it can’t be carried on in their culture today,” Mrs. Blair continued, referring to the fact that Shen Yun cannot perform in China today. Since the Cultural Revolution, the communist regime has systematically dismantled traditional culture.

Mr. Blair said that one of the traditions that often disappears nowadays is belief in the divine. “Sometimes and we let ourselves go … of what traditions brought us here,” he said. That being of “God, first of all.”

Mr. Blair attributed this loss of faith to a loss of discipline, and so appreciated seeing the discipline demonstrated onstage by Shen Yun performers.

“I enjoy the discipline of the people, … The dance is very structured and disciplined and how they go about the dance is beautiful, and with our four daughters, it’s been fun. It’s great,” he said.

As a ballerina, Mrs. Blair enjoyed the dance she saw. Shen Yun presents folk dances, which she enjoyed because she likes learning about other cultures.

She had learned that classical Chinese dance incorporates demanding technical moves which are not a part of ballet, like aerial flips.

“I think it is very true to form, and I am enjoying the whole story line of the ballet,” she said.

Each of the classical Chinese dances tell stories of Chinese myths, legends, or stories from China’s long history.

Did she think the world could benefit from Shen Yun? “Definitely, I do,” Mrs. Blair said. “I think anytime you can learn from the past, is a great opportunity for the future.”