Shen Yun Demonstrates the Power of the Arts 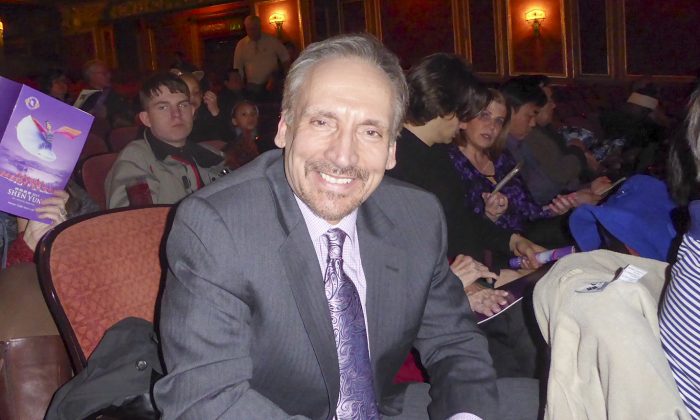 “We all believe in something bigger than us,” he said after seeing Shen Yun at Pittsburgh’s Benedum Center for the Performing Arts on March 7, 2019. “This art form captures that.”

The artists of Shen Yun follow a noble tradition. Every contributor to a Shen Yun performance, whether dancer, choreographer, seamstress, or composer, looks to heaven for inspiration, just as all artists have done throughout history. In fact, the name “Shen Yun” roughly translates to “the beauty of divine beings dancing.”

The New York-based company relies on 5,000 years of Chinese culture, a culture so steeped in an awareness of the connection between humanity and the divine that the ancient Chinese called their land the Celestial Kingdom. And each of Shen Yun’s nearly 20 separate dances or performances reveals that connection to the divine.

Mr. Disanti began his career as a music teacher, then became a principal, later a superintendent, a position he held for 30 years, and now teaches principals and superintendents all over the country with the National Institute of School Leadership.

He once won an award for advocacy of the arts in public schools and still keeps his hand in music by judging the Gene Kelly awards for excellence in high school musicals. So he understands the power of the arts.

It was the dancing of Shen Yun that captured his attention first, “the beauty of the dancing. The athleticism of every [dance] … They are all athletes, fabulous athletes. And just the expressive … how you see the expression, …. I am fascinated by the precision of every move [of] the hands.”

Shen Yun dancers train exhaustively in classical Chinese dance, a thousand upon thousand year-old system that incorporates technically demanding aerial moves such as spins, leaps and flips; hundreds of precise forms and postures; and bearing, which might be called the secret of classical Chinese dance. It is the inner spirit or soul of the dancer expressed.

“To see the beauty and the expression and that whole idea of the divinity, the supernatural—you know, we all have different beliefs, but it is all spiritual—that there is something beyond that which is here, [and here] so beautifully communicated through the dance, the art and the music.”

As for the music, Mr. Disanti explained that while traditional Chinese music differs in the scale and harmonics from Western music, it has a powerful effect: “I came here, I had a tough day—this put me in a very peaceful state.”

“They captured my heart and my mind,” he said, and took him away from his troubles, something he believes the company should be very proud of.

“We talk about the importance of math and literacy and science,” he said as an educator. “Sometimes this takes a back seat, and it should never. Nothing touches the heart and souls and mind like the arts.”

With reporting by Frank Liang and Sharon Kilarski.