Shen Yun Deep and Beautiful From the Very Beginning 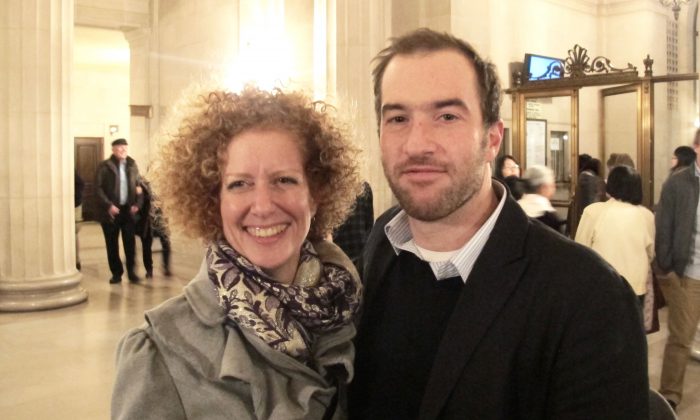 SAN FRANCISCO—When the curtains rise on a rainbow of color, delicate flowers, and people who seem to fly onto the stage from a digital backdrop, the reactions from the audience are audible. They applaud, gasp, or murmur in wonder.

At the War Memorial Opera House on Jan. 7, audience members spoke of the wondrous sort of world they saw unfold through Shen Yun Performing Arts.

“It is beautiful,” said sculptor and textile designer Candy Coated. Ms. Coated, who harbors what she calls “an almost obsessive love” for all things decorative, was thrilled with the visuals.

The opening of the performance is filled with color, and decorative details are aplenty. The opening piece is a classical Chinese dance that tells of the legend of the Creator descending to earth, and the inception of China’s divinely inspired culture.

“Oh, I like that,” she said with a laugh. Referring to the manifestation of inspiration, she said, “That happens to me, actually.”

That was super amazing.
— Candy Coated

“That was super amazing. Never saw that before,” Ms. Coated said.

New York-based Shen Yun aims to revive the authentic traditional Chinese culture. The foundation of the performances is classical Chinese dance, which was developed over the 5,000 years of China’s history.

The movements, postures, and approach of classical Chinese dance are distinctly and inherently those of traditional Chinese culture, as outlined on Shen Yun’s website.

“[It was] just such a delight to experience the whole dawn of history, and the whole history through dance,” said Kristina Aristudo, who attended the Jan. 7 performance with Tiffany Guerera. “Each piece is a little bit of a story.”

From the beginning, she was absorbed with the beauty of the costumes, “the beautiful delicate movements of the flowers,” and the smiles on the dancers’ faces. Familiar with Eastern culture, Buddhism, and meditation, she connected with the spirituality prevalent in the performance.

Ancient Chinese believed in harmony among heaven, earth, and humankind. Such respect for the divine was a pillar of the culture as it developed, and it is witnessed in the art forms.

Ms. Aristudo said it was most clear through the performances of the bel canto soloists, who sing philosophical lyrics that reflect about life. “I thought that was very deep,” she said.