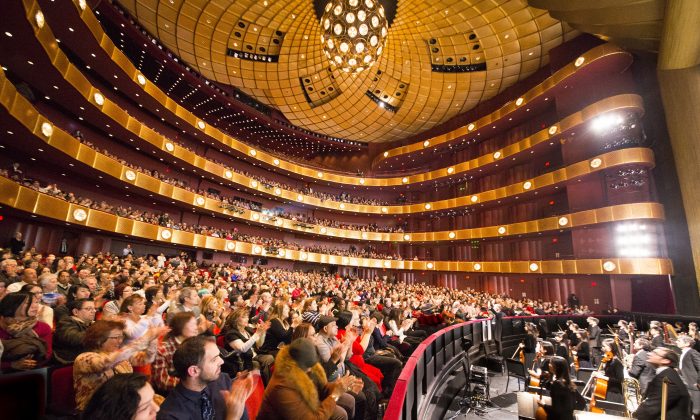 NEW YORK—Professional dancer and choreographer Nadia Zaki had nothing but praise for the dancers of Shen Yun Performing Arts after seeing the production at Lincoln Center the evening of Jan. 17.

“They’re very tight. They do everything at the same time—being so many dancers it’s actually really hard to be synchronized. They’re really synchronized, so I thought that was really impressive,” said Ms. Zaki.

Ms. Zaki has studied ballet, hip-hop, jazz, and has spent the last 20 years studying yoga and a variety of martial arts styles, including Kung Fu and Capoeira. She is the founder of fitness studio Inner Series, and has choreographed for brands like Nike, Reebok, and Ralph Lauren.

But it was not just the athleticism of Shen Yun’s dancers that impressed Ms. Zaki. She said she could see the performers’ hard work, and feel all the different stories conveyed through dance.

Ms. Zaki said although she did not know the stories, they were very strong. She particularly enjoyed one mini-drama where a kindhearted painter was given a magic brush that brought anything he painted to life.

The expressive quality of classical Chinese dance comes from bearing, according to Shen Yun’s website. It is an emphasis on “internal spirit, breath, intent, personal aura, and deep emotional expression.” With this, Shen Yun performers are able to convey a wide array of emotions, characters, and stories.

For audience members Terry and Fannetta Miles, that feeling was one of rejuvenation.

“[It] rejuvenated my mind, body, and spirit,” Mr. Miles said. “It’s almost a healing type of thing,” he added.

The couple had seen an advertisement for Shen Yun during the holidays, and Mr. Miles surprised his wife with tickets.

“I wasn’t feeling well when I got here, and now I’m feeling light,” Mrs. Miles said.

She was overflowing with the feeling of spirituality and beauty, she felt from the performance. “I just like the whole spirituality of [Shen Yun],” Mrs. Miles said.

Shen Yun was established in 2006 by artists from around the world to revive the traditional Chinese culture, which is said to be divinely inspired. Under more than 60 years of communist rule, the culture was once nearly lost.

According to the Shen Yun website, ideals like benevolence, wisdom, and respect for the heavens are the essence of traditional Chinese culture, and Shen Yun works to present this in every aspect of the production.