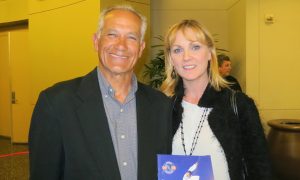 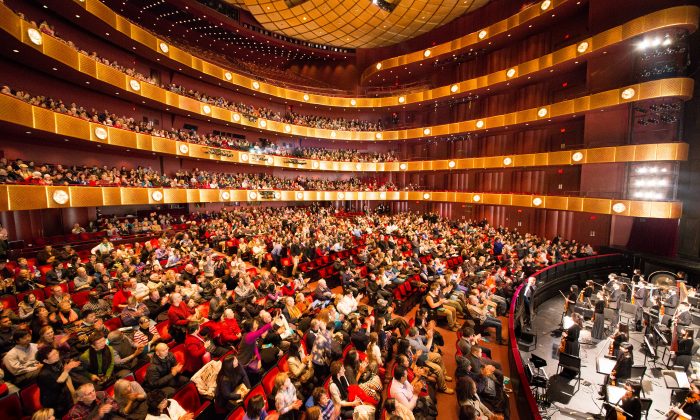 On Basin Street in New Orleans sits a theater named for the great soprano, Mahalia Jackson. It was flooded in Hurricane Katrina and has been reborn. Shen Yun Performing Arts will visit the Mahalia Jackson Theater for the first time, this Friday and Saturday, Jan. 30 and 31.

Shen Yun evokes the famous song, Basin Street Blues: “You’ll never know how nice it seems, or just how much it really means.”

A classical Chinese dance company, Shen Yun’s performers are accompanied by a full orchestra. Its productions draw inspiration from China’s 5,000 years of civilization, according to its 2015 program. “Values such as compassion and loyalty, kindness and bravery lie at the heart of traditional Chinese culture. We believe this rich heritage is a precious gift worth keeping, and worth sharing with all of you.”

Audience members appreciate the gift. Ballerina Marielle Lyon said she was fascinated by Shen Yun at the Sony Centre in Toronto on Jan. 23. “It’s very intricate and every single movement is so precise. It’s fascinating,” she said.

Mr. Lane’s wife, Ms. Comley, who is vice president of Stellar Productions International, Inc. and a three-time Tony Award winning producer, as well as a writer and performer, was also impressed. “The dancing is beautiful, the production values are just tremendous. With so many dancers, so many talented dancers, it’s really great,” she said.

In Atlanta, another ballerina was moved. Megan Johnson knows the amount of effort and hard work that goes into creating a production like Shen Yun Performing Arts.

But she also knows that hard work alone is not what makes Shen Yun an exceptionally majestic performance.

“You cannot fake passion. You can work very hard to get the lines and the technique, but what comes from the soul you cannot fake, you cannot practice; it just is,” said Ms. Johnson at Cobb Energy Centre at the Jan. 3 matinee of Shen Yun.

Last year Shen Yun visited New Orleans for the first time. “Dazzling, really. I can’t imagine anybody who wouldn’t enjoy this,” said Zachary Walker at Saenger Theater on Feb. 18, 2014. “Really, I love this.”

Since 2006, the New York-based Shen Yun has toured the globe, delivering to people around the world China’s divinely inspired culture, a culture nearly destroyed after 60 years of communist rule. “Shen Yun is bringing back this glorious culture,” according to the company’s website.

Mr. Walker, who retired after years of public relations work in Chicago, compared the performers to today’s most talented, world-class athletes. “Olympians, I mean they are razor sharp,” he said. “And it doesn’t matter which [dancer] you’re looking at—there is precision; astonishing.”

Basin Street Blues is calling people to come see Shen Yun, as its lyrics say: “The band’s there to meet us, old friends, there to greet us. Where all the proud and elite folks meet: Heaven on earth, they call it Basin Street.”