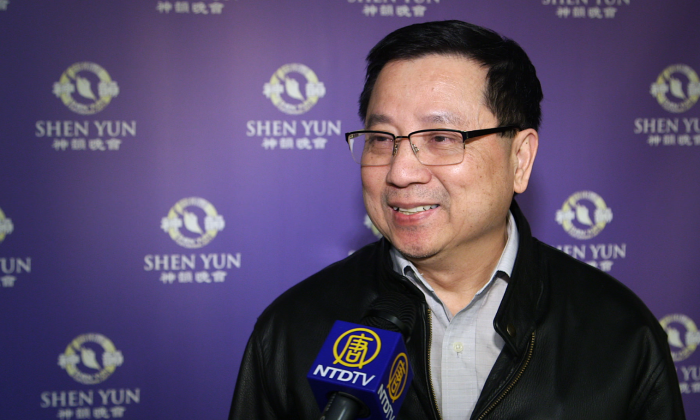 Dominic Vu felt the whole world needs to see Shen Yun after attending the performance at Place des Arts in Montreal on May 1, 2016. (NTD Television)

MONTREAL, Canada—Dominic Vu decided to get tickets for Shen Yun Performing Arts after hearing rave reviews about the classical Chinese dance and music company from friends and in the media.

But when he finally saw the performance at Place des Arts on May 1, he said the experience was truly astounding and could change the world.

“If we want a world that is peaceful and harmonious, we have to see this performance,” said Mr. Vu, a computer scientist with the federal government’s Ministry of Defence.

“After seeing this performance, I believe that peace, harmony, and respect for others will stay in my heart.”

Shen Yun was able to express the core values and art forms of the ancient culture, said Mr. Vu. China’s 5,000-year-old semi-divine culture has been on the brink of extinction since the current regime took power in 1949 and sought to eradicate it, replacing it with communist doctrines and atheism.

Based in New York, Shen Yun was formed in 2006 with a mission to revive and preserve this culture through classical Chinese art forms and core cultural values like compassion, benevolence, and respect for the heavens.

“Through this show one sees the worth of the artistic performance of China. I’m amazed by it,” said Mr. Vu.

If we want a world that is peaceful and harmonious, we have to see this performance.
— Dominic Vu

He was particularly impressed not only with the dancers’ technical skill, but also their ability to express the cultural values from the inside out.

“It takes a lot of heart, effort, and sacrifice to accomplish that,” he said.

“Their level of spirituality also and the thousands of years of Chinese spirituality that lies in them—all of these things mixed together result in a performance like this.”

“This is the word: fly, very light,” she said. “It’s so graceful. To see how [Chinese culture] is very different from ours and our culture. This is beautiful.”

“It is creative at the same time,” she said.

Audience member Marie Lise said the divine themes presented in the performance were enlightening and fascinating.

“We are [all] divine beings in fact—that spoke to me throughout the whole performance,” she said.