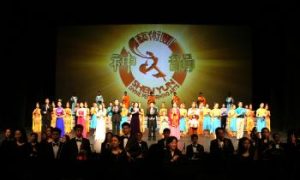 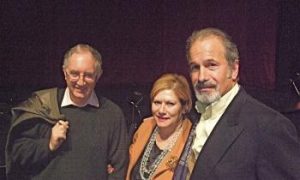 Managing Director: 'It's good to have this message'
0 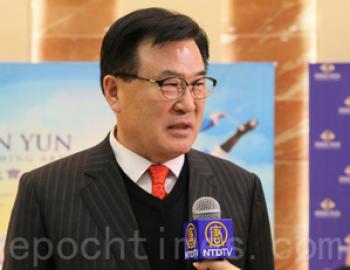 Ko Yeong Jin, Secretary of Education of South Gyeongsang Province, said that he will recommend all the Shen Yun programs to others. (The Epoch Times)
Arts & Culture

Ko Yeong Jin won the “Honorable Korean Award” and the “Grand Award of Public Education” in 2009. He has been the Educational Director of the Educational Broadcasting System since September 2009. He was the Chief of the South Korean International University of Education from March 2008 to March 2010, and has served as Secretary of Education of South Gyeongsang Province since July 2010.

Ko Yeong Jin said, as long as it’s a splendid performance, regardless of whether they are performed by local or overseas groups, he would always try his best to appreciate their artistic connotations and gain inspirations from them. Through the inspirations from appreciating arts, one can explore new dimensions in his life. He, therefore, said that he would like to see all the good shows.

Mr. Ko exclaimed that he was very lucky as he didn’t miss this great show. He added, “As a music lover sincerely recommended this show to me, I thus came all way from Changwon to Busan (about one hour drive) to see the show. Though I didn’t know when the show could be performed (due to the interference from Chinese government), I realized that my decision was right upon my arrival.”

“The backdrops are so vivid and touching. Words cannot express it. I just think that it would be great if more people could appreciate this show as I did. All of the Korean kids are familiar with the story about Pigsy and Monkey King in the program. I think everyone would be moved by the program. It’s very much impressive to see such a long history of China in such a small space and short period of time. Today’s show is very touching. It’s a great experience,” Ko said.

Finally he said excitedly, “I would like to recommend all of the programs in the show to you, so that you can experience and appreciate all of them in person.”