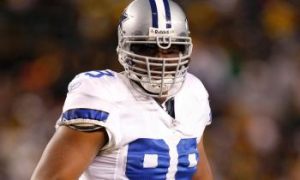 By Epoch Times Staff
Print
WASHINGTON—Washingtonians intent on seeing Shen Yun Performing Arts New York Company braved the area's worst snowstorm of the year on Jan. 26. They were treated to a special gem on the grand stage of the Kennedy Center Opera House.

On hand was Mr. Balthazar, a special advisor, working on the relationship between the U.S. and Haiti.

"I loved the show," said Mr. Balthazar. "I just asked if we can go to Haiti with it."

While the weather made travel dangerous and disrupted events throughout the DC area, theatergoers gathered in the warmth of the plush Opera House, beneath chandeliers of Austrian crystal. They watched tales of heroes, of mischievous monks, and heard songs of vows of old. Framed in velvet curtains, Shen Yun opened the gates to 5,000 years of glorious Chinese culture, and to scenes of the past and the future portrayed on stage.

Many images from China's rich history were brought to life in vivid depictions. In "Plum Blossom"—the plum blossom, evoked by twirling, elaborate fans—was introduced by the emcees as a graceful and surprisingly hardy symbol of bravery, in Chinese culture. In light of the weather outside the concert hall, this might well be used as a comparison for those in the audience who ventured forth to catch Shen Yun, despite the late winter storm raging on. Smiles and looks of alert relaxation were common among the guests as they left the hall, refreshed, after the show.

Mr. Balthazar noted a theme in the Shen Yun performance, one of togetherness. He was particularly impressed with the unity with which the Shen Yun performers work together. "Because everybody is together, they put a great show together," he said. "Everybody has their share, their part. It’s like the music, everybody’s a different instrument and when you get them together, it’s beautiful."

Choreographed down to the finest gesture, the classical Chinese dance offered by Shen Yun brings a treasure of knowledge, "the essence of Chinese cultural expression in its movements, postures, and aesthetics," according to the Shen Yun official website. The website also reveals that the heritage from which Classical Chinese dance stems is "steeped in rich values and the idea that humanity and the divine are intertwined."

Reporting by Georgia Boone and NTD.