Shen Yun ‘Brings Us Back to What It Is to Be Human,’ Says Audience Member 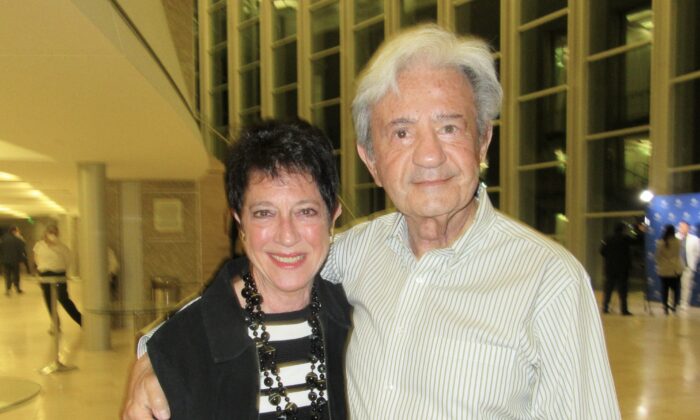 NORTHRIDGE, Calif.—New York-based Shen Yun Performing Arts is dedicated to showing the world the true nature of Chinese culture as it was in the pre-communist era.

The company’s ambition is not only to display the panorama of classical Chinese dance and music but to tell the story of China’s past and present, all of which are rooted in divine beginnings.

At Shen Yun’s performance at the Younes and Soraya Nazarian Center for the Performing Arts in Northridge, Edmundo Ayala, a dentist was accompanied by his wife, his daughters, and staff from his dental practice.

After watching Shen Yun, Ayala declared that he had been pleasantly surprised. [Shen Yun] was interesting and enlightening, he said.

“I liked the theme, and the sole message that it brings, because it’s not only dancing and acrobatics, it’s also a theme that is really important in our times. People are losing sight of what is really important, and Shen Yun is a way of bringing it back. Bring us back to what is… to be human,” said Ayala.

Shen Yun’s dances and songs carry divine messages from China’s illustrious past which legend says were passed down by heavenly beings to earthly mortals, in order to create a harmonious society.

Ayala commented on the lyrics of Shen Yun’s vocalist.

“I like the part of the song where it says, ‘Be kind and stay loyal to abide by restraint.’ I love it because right now these times are so crazy. People are doing what they want and not what they should be doing. And I was not expecting that. I [came] more for the [performance] than for the message and I think it was touching, it was really touching,” said Ayala.

While Shen Yun’s dances portray cherished stories from ancient China, it also depicts the current persecution of the spiritual practice Falun Dafa by the Chinese communist regime. Falun Dafa is a mind-body meditation practice from the Buddhist tradition.

Ayala gave his thoughts on the presentation.

Ayala said he was very impressed by Shen Yun’s young dancers and their connection to Chinese traditional culture.

“I think it is universal, even if [the culture] comes from another part of the world, it’s universal principles, universal culture, it’s us. It doesn’t define a region and does not define a specific group of people. It defines all humans, everywhere,” he said.

Also in the audience were Robert Weber, a cardiologist, and his wife Roxanne Jasper, a boutique owner. The couple were watching Shen Yun for the second time.

“I love the art, I love the dancing, I love the singing, the gracefulness. The orchestra is amazing,” said Weber.

Weber also commented on Shen Yun’s use of 3D technology.

“The computer graphics are phenomenal! They look real,” he exclaimed.

Weber had realized after watching the pieces that portrayed the persecution of Falun Dafa, that the Chinese communist regime was, in fact, an evil organization.

The performance was beautiful—the costumes, the colors, the background were very artistic, said Jasper.

She thoroughly enjoyed the music and praised Shen Yun’s soprano.

“The music is very calming and beautiful and the scenery, the flowers, and the colors, the harmony—it’s beautiful,” said Jasper.

“And yes, you do get the message of what goes on in China. Young people just want to go out and exercise and the police come and they beat them, and it’s terrible. It’s terrible that it still goes on. There should be peace and freedom in this world and, unfortunately, it’s not happening fast enough,” she said.

“You feel [the spirituality.] It’s beautiful! We were very, very impressed and glad we came to see the [Shen Yun] again,” said Jasper.