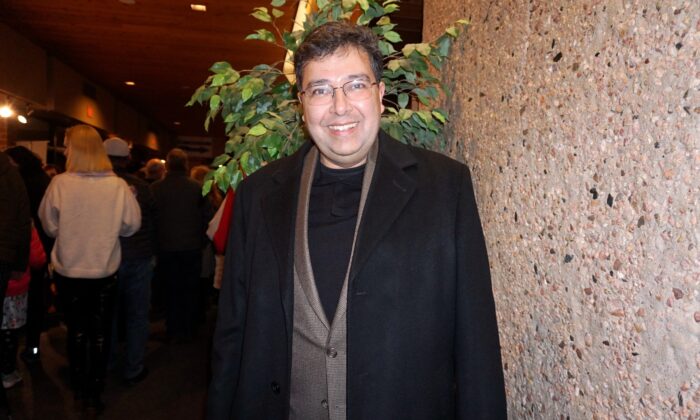 CHEYENNE, Wyo.—China’s culture before communism is captured spectacularly by Shen Yun Performing Arts. Matthew Martinez, a physician from Colorado, felt that Chinese culture is one with many universal values.

Specifically, Mr. Martinez was referring to China’s connection to the divine. “I think that’s a universal message across many cultures. So that makes it reach out to people from all kinds of backgrounds,” he said.

New York-based Shen Yun strives to give its audience a true narrative of China in the past as well as the present. The company portrays the divine and the persecution of Falun Gong in its performances, making them banned from bringing the production to China.

“I found myself very moved by the idea that practicing spirituality is forbidden and punished in severe ways and that was just overwhelming at times,” Mr. Martinez said.

He added that the people of the United States would benefit from seeing Shen Yun to understand what it is like in China. He expressed his support for the company in keeping the culture alive.

“I think it’s important for people in the United States who really may not understand the kind of restrictions put on. I was surprised that there is a group of people trying to keep the spirituality alive,” he said.

The dancers of Shen Yun are trained in classical Chinese dance, an ancient art form, which allows the dancer to portray a large range of emotion and feeling.

“The power, the grace of the dancers was sometimes overwhelming. Music was fantastic. I think the cultural message is very moving as well,” Mr. Marinez said.

Brad Buckner was also in the audience. He was greatly moved by Shen Yun‘s efforts to portray traditional Chinese culture and the evils of communism.

“I think personally, they’re kind of risking their life literally because the Communist Party knows no boundaries. They have no respect for human life. They don’t care who they harm or hurt to get what they want. That’s the way Communist Party is,” Mr. Buckner said.

“I’ll tell you what, it almost brings a tear to your eye because it’s a real story about real people. I am soft-hearted. Watching the performance brings a lot of it home. You hear about it, you don’t see it on the news, you know as much but it’s great that it’s here and that it’s on stage and that it’s being performed,” he continued.

He shared his appreciation for Shen Yun’s truthful portrayal of current events as well.

“The things that they do to other people is awful. And so, to bring a reality, to the stage, to our eyes and our ears, is different than just reading or seeing something on television,” Mr. Buckner said.

He also urged that everyone should take the opportunity to experience Shen Yun for themselves.

“Go find where it’s playing, buy some tickets and go and enjoy it. The color, the sounds, everything that your brain is going to process is well worth it. You’re not going to see this in Cheyenne, Wyoming very often or your town wherever it goes to. So, find where it is and go and see it,” he said.