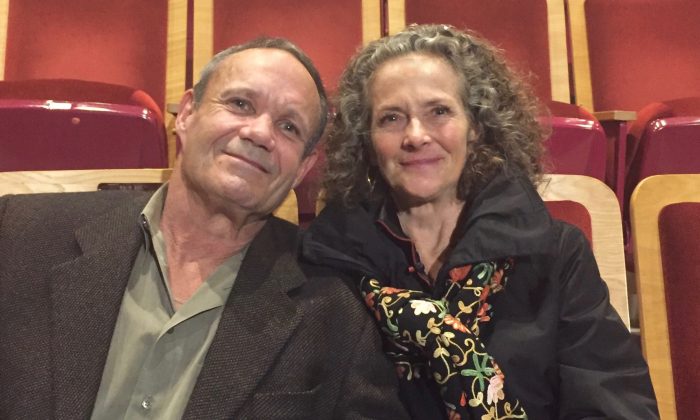 BOISE, Idaho—Rachel Smith, a doctor of Chinese medicine, has long had an interest in Chinese culture, researching Chinese history and taking trips throughout China. She and her husband Greg have seen modern China change with the effects of globalization, but that did not prepare them for the light and freedom of the traditional Chinese culture they saw in Shen Yun Performing Arts.

“This is powerful … I mean, this is spectacular!” said Mrs. Smith on Jan. 20. She’s a regular of the Morrison Center for the Performing Arts and has seen both big and small productions, but experiencing New York-based Shen Yun was almost surreal, she said.

She noted the costumes and staging and backdrops, and how it created an out-of-this-world effect. There was a wide variety in the program too, she noted, with not just dance but solos like the two-stringed erhu virtuoso who performed with an effect that was both “influential and healing.”

One special moment in the performance for the couple was when a divine being came down from the heavens to the aid of a man who had been persecuted for his faith.

Mrs. Smith said it was when the goddess Guanyin was brought forth, through a digital backdrop that showed a heavenly scene, and it was perfect.

“There’s a lot of light that needs to be brought back up, instead of all the darkness,” Mrs. Smith said.

For Mr. Smith, “It gave me a sense of reign and freedom.”

Mrs. Smith said the performance also brought back the culture’s “connection to nature.” There was a “yangge” dance celebrating a bountiful harvest, a Mongolian dance set in the lush green grasslands, and fairies of the sea among this season’s selection.