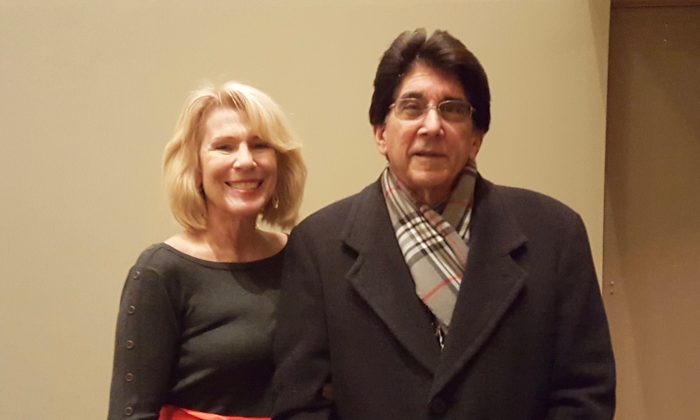 BALTIMORE—The world today is only getting more and more chaotic, but Shen Yun Performing Arts brought the perfect counterbalance of peace, joy, and harmony, according to Monica Compel.

“They are harmonious,” Ms. Compel said of the artists. “This brings harmony. Peace and joy is what we really need, and that’s how I felt today. It brought me peace and joy.”

For Ms. Compel, Shen Yun was a spiritually enriching performance that showed goodness.

“We’re in a chaotic world and there’s not something to balance the chaos. It’s just getting more and more chaotic. And I think this just brings another perspective,” she said. “The perspective of good versus evil, and you can’t lose the good. Don’t go toward things that are going to lead you to evil. Don’t be fooled by all the glam and glitter because all that glitters isn’t gold.”

The traditional Chinese culture Shen Yun is trying to revive has indeed been nearly lost to the world. The divinely inspired culture had been passed on generation to generation for 5,000 years, until communism came into power and sought to uproot the traditions.

Today, one can see dance forms similar to classical Chinese dance, or the sports like acrobatics that originated from it, but the essence of these cultural art forms had been lost until Shen Yun came together in 2006, seeking a revival.

This is because at the heart of the traditional Chinese culture is a respect for the divine. Society was once guided by principles that stem from Buddhism, Taoism, and Confucianism; principles like benevolence and propriety, kindness, wisdom, and loyalty.

Shen Yun’s artists seek to live what they believe, and Ms. Compel said that really showed in their art.

“They are harmonious. I think that is their way of life … you could feel it through the performance,” said Ms. Compel, who is a dancer herself. Dancing has been a passion of her’s since she was just 6 years old, and she was recently inducted into the Let’s Dance Hall of Fame for Baltimore and taught for many years in studios across Washington, D.C., and Maryland.

For Mr. Bianco, the importance of what Shen Yun is accomplishing affected him personally.

“It brought out a lot of history for me, the generations of it … I thought it was great, because frankly, it has a lot of roots. That’s how I feel,” Mr. Bianco said. He emphasized the importance of the roots of a culture, because everything—generation after generation—is built on those roots.

The performance indeed opens with a dance giving insight into the roots of traditional Chinese culture. The curtain opens on the creation myth of China, where the Creator descends to earth to create the first dynasty, calling on divine beings to fulfill their vows.

“I think there should be more of that, to be frank,” Mr. Bianco said of Shen Yun’s mission. He was impressed with the company’s having formed four companies to bring this culture to the world.

The two of them thought that what Shen Yun does, in reviving and preserving this legacy, could bring people today more perspective.

“I don’t think there’s enough of this type of art for [younger people] to experience,” Ms. Compel said. “For them, it would be a new perspective.”