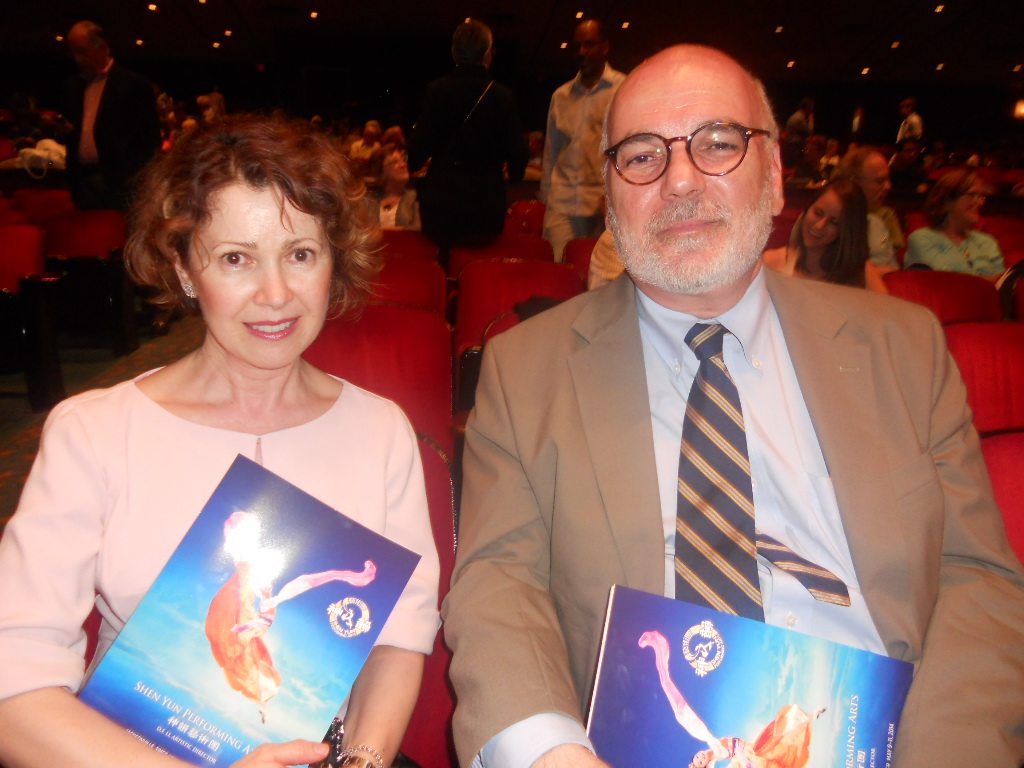 JACKSONVILLE, Fla.—“We are very honored to be able to be here, and we wish we could see this more often in Jacksonville,” Dr. Mihaela Ionescu said. She and Dr. Mark Spatola, physicians at Orange Park Medical Center, had just seen Shen Yun’s May 10 performance at the Times-Union Center for the Performing Arts.

Dr. Ionescu underscored Dr. Spatola’s view. “Preserving the old values and emphasizing what is right and beautiful in life makes a big difference,” she said.

The performance “keeps our hopes up, keeps our values up, and gives us a reason to hope for a better future,” she said.

Speaking during intermission, Dr. Ionescu said she was most impressed with the dance scene in which “the meditation was interrupted by the dark forces of communist dictatorship.”

She was referring to The Steadfast Lotus, which tells a contemporary story of good versus evil. In the dance, police seize a mother for practicing Falun Dafa (also called Falun Gong), a peaceful meditation practice that the Chinese regime has severely persecuted since 1999. The core principles of the practice are truthfulness, compassion, and tolerance.

The program book says of this story-based dance, “In a plot that mirrors countless present-day stories of Chinese families torn apart, the daughter endures tribulations searching for her mother, until her steadfast faith gives her newfound hope.”

“Individual choice for choosing your own values is very important and should be carried on,” Dr. Ionescu said.

Dr. Spatola agreed and also felt that The Steadfast Lotus was a most impressive dance.