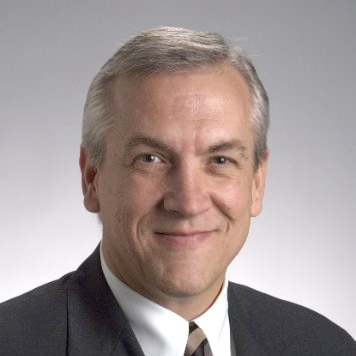 “It’s amazing how so much can be conveyed through dance and through music,” Mr. Mayo said. He saw Shen Yun perform Sunday April 13 at Braden Auditorium at the University of Illinois.

Shen Yun aims to bring China’s traditional culture to life on the stage.

Mr. Mayo said he was most impressed by a dance program called The Steadfast Lotus. In it people in China are practicing Falun Gong, a traditional meditation discipline. A mother presents her daughter with a banner decorated with a lotus flower. The banner has three words: “Truth, Compassion, Tolerance,” the central tenets of Falun Gong.

That tranquil moment is upset when Communist Party police show up and drag the mother away. The performance depicts present-day stories of Chinese families ripped apart by the regime’s ongoing persecution of Falun Gong.

That dance, “was really impactful. I thought that was a beautiful story,” said Mr. Mayo. (The mother and daughter are reunited.)

Shen Yun uses a projected backdrop to set the scene for different programs. The backdrop is also animated and at times the dancers interact with the backdrop. For example, heavenly maidens on the backdrop soar down from the heavens and then they enter the stage as live performers.

The animated backdrop impressed Mr. Mayo. “The staging is incredible,” said Mr. Mayo who said the large background comes to life, with “the performers springing forth from the screen.”

“China has been a country for the past 5,000 years, and it’s only been communist for what 50 or 60. I think they have a tremendous story to tell,” Mr. Mayo said of Shen Yun.

The Epoch Times considers Shen Yun Performing Arts the significant cultural event of our time. We have proudly covered since Shen Yun’s inception in 2006.