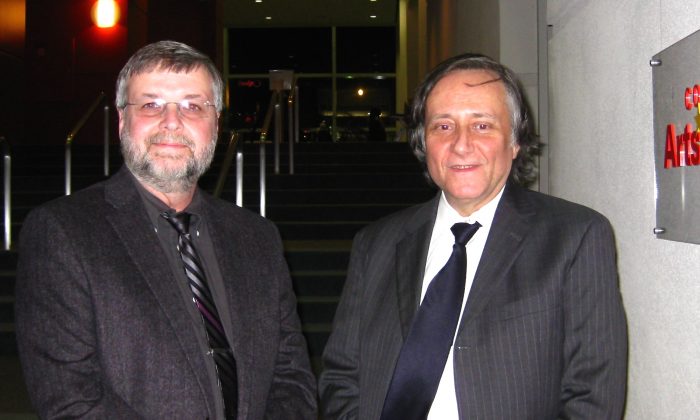 COLUMBIA, S.C.—Shen Yun graced the stage of The Kroger Performing Art Center, presenting its exhilarating performances based on China’s 5,000 years of history and culture to a Columbia audience.

Mr. Rawls is a producer with the South Carolina ETV.

“It’s a beautiful show; I think their talent is astonishing, and it was … such a pleasure to see it, especially here in Columbia,” he said.

“I think the Chinese culture was beautifully presented, beautifully done. And I’m just so glad that … they took the time to share it with us, and it’s just a beautiful presentation.”

As a TV producer, Mr. Rawls said he was impressed with the use of animated digital backdrops in the performances. The backdrops set the scenes for each dance performance, taking audiences to celestial palaces and beautiful landscapes in different parts of China.

“I was surprised by the multimedia aspect of it; it was beautifully executed and it was flawless,” Mr. Rawls said.

“That is incredibly difficult to do; I thought the way that the [dancers] timed to the multimedia was tremendous; I thought the costume design was spectacular. Everything about this was absolutely first rate.”

Mr. Matthews, who has also worked as an editor and producer in the past, praised Shen Yun’s presentation as well.

“You would have to see it to believe it… it’s multimedia but there’s live orchestra, it’s visually very exciting, the music is very exciting, and the storytelling is intriguing,” Mr. Matthews said.

“Very few of us – I was a literature student, so I had to study Eastern writings – very few people know any of the history or culture beyond the last 200 years. So I find it fascinating. All of these things came to life beautifully.”

Based in New York, Shen Yun has a mission to revive China’s divinely inspired culture. In a series of short dances, Shen Yun takes audiences through a journey of China’s 5,000 year old history up through to the present.

“I’m blown away. The skill and perfection in all of the dancing is just astonishing. The synchronization – visually it’s spectacular but the live orchestra was a real surprise,” Mr. Matthew added. Shen Yun’s orchestra is unique in that it combines traditional Chinese instruments with a classical Western orchestra.

“It really made it something completely out of the ordinary,” he said.

Mr. Rawls pointed out that the solo vocalists, who sing Chinese lyrics using the bel canto style, were very enjoyable as well.

“The singers’ voices were absolutely beautiful,” he said.

“I like that idea a lot, I like that it was more than entertainment and they gave you something to think about and something to feel for. So I’m very proud of them, it’s a beautiful story.”