Shen Yun Asks Us to Shine Light in the World 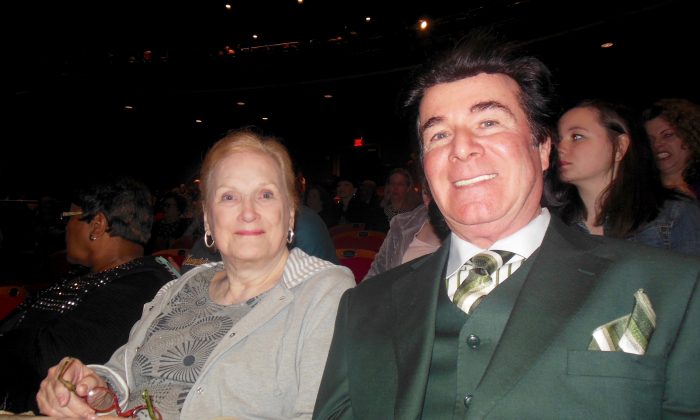 CHARLESTON, W. Va—When the curtains open, trumpets sound and celestial maidens dance among the clouds. A light appears that seems to herald the Creator, and then He calls upon divine beings to come to earth. Once in the human world, these deities reincarnate and so begins the history of the Celestial Kingdom, also known as China.

Shen Yun Performing Art brings to life 5,000 years of Chinese history, legends, and bits of history. It begins with the legend of the culture’s beginning and ends in modern times.

It was the first dance of Shen Yun’s 20 or so pieces that caught the eye of and brought excitement to Steven Prowse, in the audience at the Clay Center for the Arts & Sciences of West Virginia on March 30.

Mr. Prowse believes New York-based Shen Yun has a purpose other than just dancing. He believes its purpose goes deeper than that.

“We are here as human beings, we reincarnate for that specific purpose,” to shine “the light in the world to show the way,” he said.

Mr. Prowse is right. Shen Yun’s purpose is to revive a culture that is deeply indebted to spiritual traditions. Many people say that Shen Yun is that light showing us the way. They feel it is needed in the world now, to remind them of that God’s laws honor the good and punish evil.

For Mr. Prowse, he felt that the dancing “was a divine inspiration … It made you feel things from the heart.”

Mr. Prowse is a dancer himself. He teaches ballroom dancing at the Top Hat Ballroom, as well as at Marshall Community and Technical College, and WVU Tech.

“I thought it is excellent, the choreography is fantastic, and the dancers are so flexible and athletic,” he said. He attended with Susan Mundy, now retired, but who previously owned a reading clinic.

She also felt excited watching the performance, and noted the costumes in particular, calling them magnificent.

Some viewers have commented that the costumes show the theme of light, whether it’s when the pure colors are reflected on the floor when the dancers spin, or when the handmade headdresses sparkle as the theater lights strike them.

Mr. Prowse felt that the performance asked us to shine the light in the world now, “at this time in the universe.”

For this reason he considered the performance a treat for his heart.