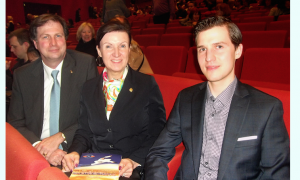 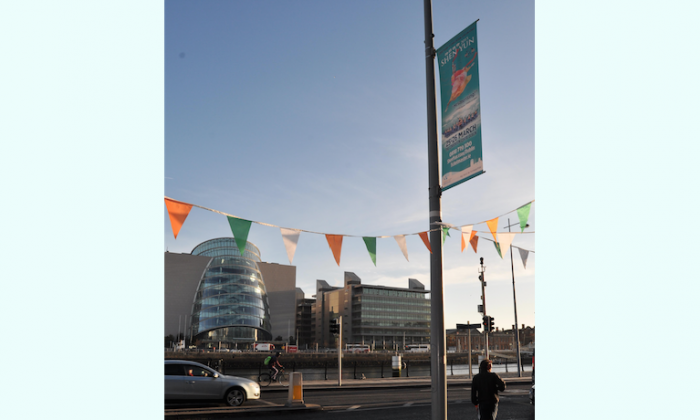 DUBLIN, Ireland—The wait is over, and the people of Ireland once again have the opportunity to experience a completely new performance from Shen Yun Performing Arts at The Convention Centre Dublin (CCD).

The first of two performances is due to take place in Dublin this evening. It has been a month since Shen Yun’s European tour debuted in Geneva back in February; however some things are certainly worth waiting for.

Such is the demand internationally for Shen Yun Performing Arts—with four companies touring the world for almost 6 months each year, visiting more than 20 countries and over 100 cities—that not every city has the opportunity to host Shen Yun each year.

To mark the occasion, greetings have been extended from many dignitaries in Ireland. Ms. Maureen O’Sullivan TD (a member of the Irish Parliament) said:

“I am delighted that Shen Yun is returning to Ireland to perform their incredible work of Chinese music and dance. Very best wishes, and I am looking forward to being in The Convention Centre to enjoy the music and dance of Shen Yun.”

“Ireland and China have much to share and celebrate: cultural traditions that are rich and creative, and spiced with antiquity. These traditions are a reminder of our pursuit of excellence. They are a mark of endurance, and the importance of the creative and unfettered spirit of the individual…”

Mr. Thomas Pringle TD also extended a warm welcome, saying: “I want to welcome Shen Yun to Dublin. It marks a celebration of multiculturalism and traditional culture through music and dance. Unfortunately Shen Yun is banned in China, making this an opportunity to celebrate freedom of expression and the right to celebrate one’s cultural identity.”

According to the Shen Yun Performing Arts website: “China was once known as the Celestial Empire, its glorious culture said to have been brought down from the heavens. But under the last 60 years of communist rule, this ancient culture has been almost completely destroyed. That is why you cannot see a performance like Shen Yun in China today.”

This morning, Dubliners were treated to a spectacular sunrise, and as Shen Yun arrives in Dublin, the sun is shining, and the sky is blue: Dublin city is ready for Shen Yun.