Shen Yun Appeals to the Highest Part of Us 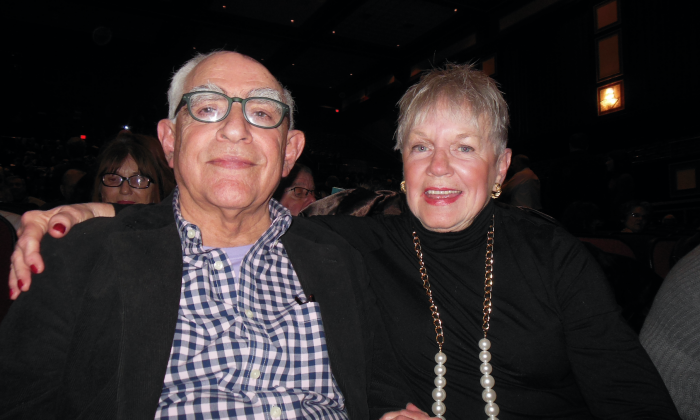 RALEIGH, N.C.—Martin Ray was so touched by Shen Yun Performing Arts’ performance, he couldn’t describe the feeling with words. But he knew he had to experience it again. So after seeing the show on Saturday at the Duke Energy Center For The Performing Arts in Raleigh, N.C., he went to the box office to buy another ticket to Sunday’s show.

“Yesterday after I left I felt, ‘That’s so moving.’ I just wanted to experience it again, so I checked this morning and I was luckily able to get two seats for us in the front row,” said Mr. Ray, who saw the show with his friend, Jane Kluba.

As a former clarinetist, Ray was especially inspired by the artistic prowess of Shen Yun’s orchestra, which combines both Western and Chinese instruments, and plays live music accompaniment to the dancers performing on stage. “It’s very precise and it’s not easy,” he said. “From the very fast to slow-moving sections, they’re very crisp and beautiful.”

Mr. Ray was also emotionally stirred by the spiritual elements of the performance, which showcases traditional Chinese culture through music and dance. Themes from Buddhism, Taoism, and Confucianism are commonly found in Shen Yun’s pieces.

“We’re natural beings, so we can’t help but be moved by things that extol nature and man’s highest nature, which all of this does,” said Mr. Ray. “[The performance] appeals to the highest parts of us, and that wants us to be better people.”

Mr. Ray found that words were inadequate to describe exactly what it is that touched him. “Words are a very poor substitute for being moved by a performance that’s visual and auditory and affects our entire being. Words are very poor. Can’t describe it,” he said.

His friend, Ms. Kluba, who is a visual artist and painter, was similarly astounded. She called the performance heavenly, and said she felt inspired as an artist by the melding of nature and spirituality in ancient Chinese culture.

“Nature, music, spirituality, all of that. This show is every bit of that, so it brings out the best in human beings,” she said.