Shen Yun an Open and Real Exposure of Culture 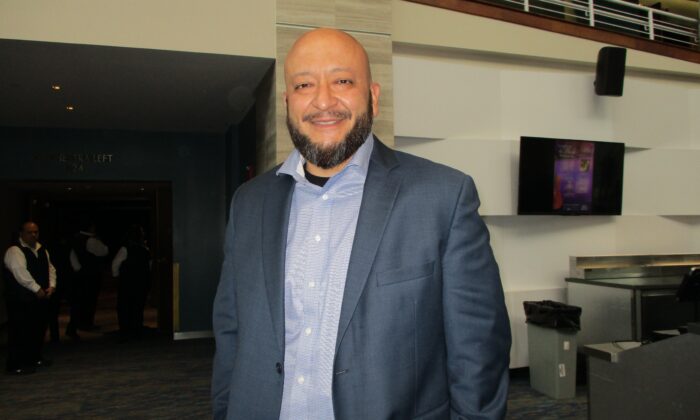 “Big-time,” he said. “And the music goes on, immediately you feel the energy, from the symphony, from everything that comes on board, it is beautiful.”

Villagran, a senior manager of global care operations, saw the New York-based classical Chinese dance company at the McAllen Performing Arts Center in McAllen, Texas, on Feb. 15, 2020, and it did not fail to impress.

The energy was what struck him first, but immediately after that was the colorfulness of the brilliant costumes that helped portray the different dynasties and ethnicities and regions of China and the stories from 5,000 years of divinely inspired culture. Overall, he said, it was impressive.

A Shen Yun performance typically includes some 20 vignettes of mini-dramas told through dance, ethnic and folk dances, and bel canto vocal soloists. Villagran enjoyed the individual stories from ancient legends to the modern-day and felt that to his interpretation, they added up together to one great storyline that falls in place one piece after another.

“I think the value is to be able to have an exposure to other cultures and the way other cultures do a lot of their drama and their arts,” he said. “There’s a lot of realness to it. And when you get that exposure, it brings worlds together, it brings them closer to each other and you have a deeper understanding.”

To be a good teacher, you have to be a good student.
— Pedro Villagran

One point of understanding for Villagran was how spiritual traditional Chinese culture is. Faith was a recurring theme, and in one particular story, he said it was a literal leap of faith between a Taoist master and his disciple.

Villagran found inspiration in it and the idea that “To be a good teacher, you have to be a good student.”

The cultural experience was something Villagran felt that many would benefit from.

“Just the relations, the different cultural relations, I think it depicted it so well,” he said. “It gives you that openness if you want to see more of it.”