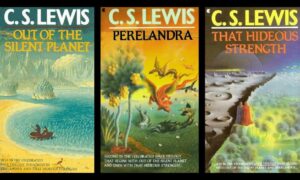 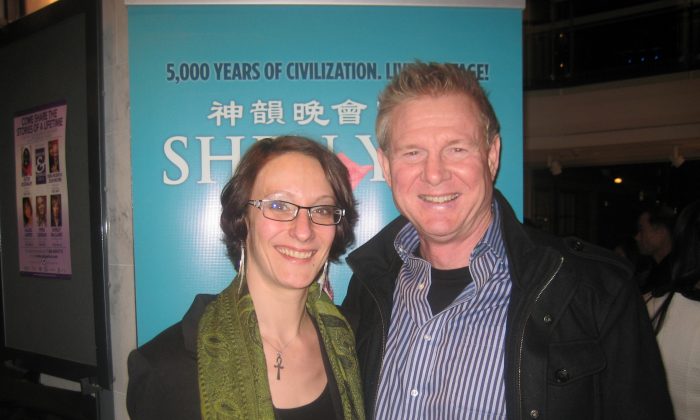 CEO of business coaching and consulting company AltaVista, she is also president of the Vancouver Francophone Chamber of Commerce, a frequent media guest commentator, and mentor for the YMCA’s Youth Mean Business program.

“Amazing, just beautiful,” is how she described the Jan. 16 performance.

“I liked the fact that you can learn the history of China from their different dances, but also the culture.”

Mr. Hazel, product specialist and head trainer for a leading eyewear company, was touched by the ethereal beauty of classical Chinese dance.

“There were a couple of moments where I was brought to tears just by the sheer beauty of the movement on the stage of the dancers,” he said.

A memorable dance titled “The Fable of the Magic Brush” particularly captured his imagination, he said. It tells the story of a pure-hearted painter who is given a magical paintbrush by a beautiful silver dragon. He faces trials and tribulations as well as a test of character when local ruffians steal it from him.

“I thought it was brilliant,” said Mr. Hazel, adding that the digitally animated backdrops brought the story to life. “It was a great story, and you could actually watch the story unfold.”

Ms. Arnaud was intrigued by the variety and diversity of the folk dance—each with a distinct regional dance style, character, dress, and cultural flavour. With a Frenchwoman’s eye for fashion, she was especially drawn to the colourful handmade costumes featured in each dance.

“Amazing, seriously—the music is fantastic,” he said, adding that each piece was perfectly flawless.

“It’s so good and it’s so well synced and amplified into the room it almost feels prerecorded but it’s not, because I can see them right there [in the orchestra pit]—this is the real thing.”