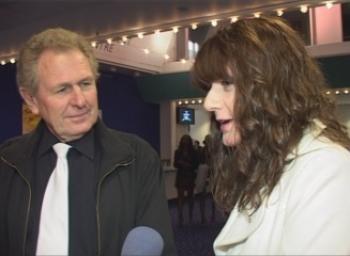 ADELAIDE, Australia—Mr. Miers, a company director, and his wife, an administration manager, attended the Shen Yun Performing Arts 2009 World Tour performance with their daughter at the Adelaide Entertainment Centre on Tuesday, April 7.

The popular venue was packed and the New York-based company was lauded four standing ovations from the appreciative audience.

Mr. Miers was seeing for the first time a Chinese cultural show and was thoroughly impressed.

“I think it’s brilliant. I mean the costumes…everything about this is brilliant, it really is,” he said.

This dance depicts the harsh reality of oppression that exists for millions of people in China today, as witnessed by an innocent family whose father is persecuted for practicing Falun Dafa, a traditional spiritual discipline.

The scenes that unfold in this program present a message of hope and bespeak of a longstanding Chinese belief that good people are ultimately rewarded, even if not in this lifetime.

“I think it’s helpful to learn [about] other people's cultures, and what better way than to show it through performance. I love how they [the emcees] come out to tell you prior to a performance what it’s going to be about. It helps us learn all about someone else's culture,” said Mrs. Miers

Mrs. Mier's daughter, a jewellery salesperson, said: “I think the colours, the [dancers'] timing is amazing. I'd say the costumes are my favourite and the drummers, [I] really loved the drummers, [you could] really feel the energy. I've never seen anything like it before—it’s fantastic,” she said.

“The choreography too, like my daughter said, the timing, the colours, everything. They've obviously done a lot of work and they're portraying the Chinese culture very well," said Mrs. Miers, adding that she hoped one day Shen Yun would return.

“I think we're very lucky, because Adelaide doesn't always get such fantastic theatre. Yes, we're very lucky that it came to Adelaide, and as many people should try and come here, if they can—fantastic, definitely well worth seeing,” she said.

Nick Mclaughlin contributed to this report.