Shen Yun Adds a ‘Kaleidoscope of Colour’ in Canberra 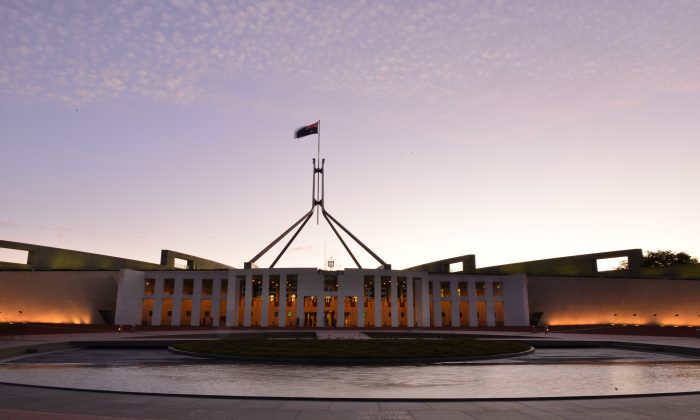 Australia’s capital city, Canberra, meaning ‘meeting place’, is located on the ancient lands of the Indigenous Ngunnawal people. As Australia’s largest inland city, today it is often referred to as the ‘bush capital’. With four distinctive seasons bringing beauty and charm, Canberra provides a kaleidoscope of colour all year round.

Gayle Avery and Harry Bergsteiner, both professors and co-founders of Institute for Sustainable Leadership experienced the beauty of Shen Yun in Sydney.

Formed in 2006, New York based Shen Yun, is the world’s premier classical Chinese dance and music company. It has grown to four touring companies in 2015 which travel the world simultaneously to over 100 cities in 20 countries. Its mission is to revive the true, divinely inspired culture of China and share it with the world.

Senator Cory Bernard wrote,
“It is pleasing to see such a unique demonstration of qualities which have been developed over thousands of years of civilization. Particularly, I admire those qualities of moral courage and freedom.”

The Honourable Chris Bowen MP wrote,
“I hope Australians of all backgrounds have the opportunity to experience this rich and compelling performance of classical Chinese dance which celebrates traditional Chinese culture, including influences of Buddhism, Taoism and Confucianism.”

Senator Joe Bullock wrote,
“I am confident that their performances will provide Australians of all backgrounds with a deeper appreciation of the wealth of Chinese culture and history and congratulate the Falun Dafa Association of Australia on facilitating the visit of this world renowned Chinese dance company to our country.”

The Honourable Alannah MacTiernan MP wrote,
“The beauty and quality of the performances of last year’s tour was extraordinary. It was a true celebration of the richness of traditional Chinese culture.”

The Honourable Melissa Parke MP wrote,
“Australians are fortunate to again have the opportunity to see Shen Yun …I am sure this beautiful production, with its distinctive artistic combination of music, colour and light, will again create significant interest in Chinese culture and will delight the many Australians.”

Senator Janet Rice wrote,
“I applaud Shen Yun’s important role in sharing over 5000 years of traditional Chinese culture and history through performance, which also celebrates the rich and diverse fabric of our own community.”

Tim and Lydia McNamara, co-owners of a dance studio in Wagga Wagga experienced the wonder of Shen Yun in Canberra, a long awaited Christmas gift. Mr. McNamara brought the tickets for his wife as a Christmas present as he knew she would love it. They happily drove three hours to see Shen Yun.

Mrs. McNamara, the artistic director of the dance studio, loved the splendour of Shen Yun.

“Sensational, I absolutely love it!” she said.

“The costumes are beautiful. The colors, amazing! The dancing is so light and graceful. The whole lot is beautiful.”

Mr. McNamara does not dance himself however he appreciated watching dance. “Their artistic floor work is beautiful,” he said.

“I really enjoy it because you get to see the techniques you don’t normally see in Australia.”

State-of-the-art digital backdrops bring breathtaking landscapes and heavenly realms to the stage. The interaction with the dancers and the backdrop animation enchants and amazes audiences.

“I love the back screen. That’s very clever. The timing is so clever. Absolutely fantastic! The choreographers, all of it is fantastic,” said Mr. McNamara.

The sopranos were a treat for the McNamaras.

“The singer and the piano, beautiful. It was an absolute delight to listen to the soprano. I was very impressed,” said. Mr. McNamara.