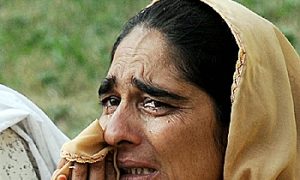 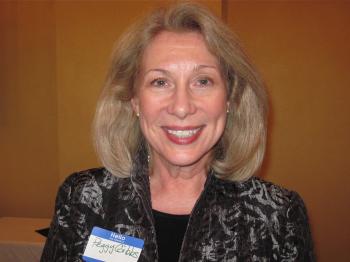 By Epoch Times Staff
Print
SAN JOSE, Calif.—Shen Yun's cultural and educational messages stood out during its New York Company's performance at the San Jose Center for the Performing Arts on April 8.

Entrepreneur Peggy Gibbs, who runs programs for young people, loved the show. "I thought it was wonderful," she said.

"Lots of wonderful dancers, the colors and the costumes were just spectacular. The story and the way everything was explained was very easy to understand and appreciate."

A few themes in particular stood out for Ms. Gibbs. “I think the best message of it is that education, knowledge, truth, beauty and appreciation of culture and art is a very good thing and I think that's true no matter what your culture is.”

"It is a very hopeful, very uplifting performance so I think it is a very good thing."

Ms. Gibbs also recognized the immense amount of effort the artists put into Shen Yun. "Lots of hard work and a lot of love went into the performances," she said.

“I don't think anyone could know how much goes into it until you see it," she said. "It's a bit of everything.”

Ms. Gibbs was impressed by the animated backdrops that interact with the dancers on the stage, helping to set the scene for each story.

“I was trying to figure out how it worked," she said. "I loved how all the characters would disappear and then they would come back … It seemed so real, and then people would come in and out of it. It was very good.”

Ms. Gibbs mentioned some of the dances that she remembered particularly well, including “Mischievous Monks”, which elicited laughs and rounds of applause from the audience, and Plum Blossom—a fan dance portraying the small flowers that traditionally represent courage in Chinese culture, signifying the arrival of spring during harsh winter weather.