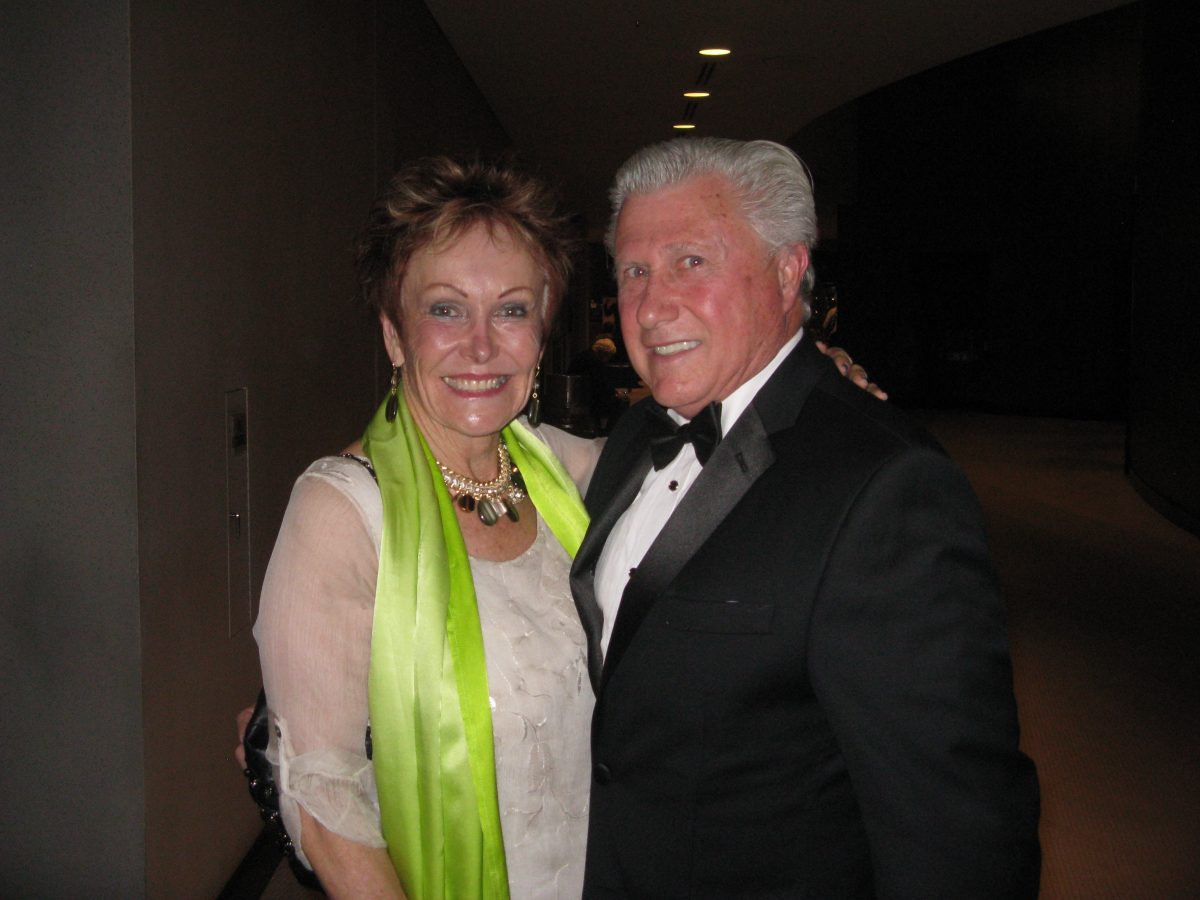 They were seen standing in ovation after the performance as the curtain fell, and while walking slowly out of the theater, they stopped to share their experience.

“It’s actually beyond description—you can’t put into words—the feelings that come out from within,” said Mr. Bongers, who formerly worked in a financial institution, after watching the sold-out performance.

He encourages others to see Shen Yun and “feel it [for] themselves.”

“When I said it exceeded my expectations, I expected beautiful costumes and wonderful staging, and of course that was there, but I did not expect to have such an uplifting experience that ties it up together. That was great,” she said.

Shen Yun is a New York-based, classical Chinese music and dance company that tours the world with an all-new production each year. With a mission to revive traditional Chinese culture, a Shen Yun performance includes approximately 20 vignettes, each no longer than 10 minutes, that take audiences on a journey of myths and legends, as well as modern stories, all of which reflect traditional principles of courage, benevolence, perseverance, propriety, and wisdom.

Audiences all around the world consistently praise Shen Yun and describe it as uplifting and inspiring.

Shen Yun’s website elaborates on the bearing of a dancer. “Bearing emphasizes internal spirit, breath, intent, personal aura, and deep emotional expression. In essence, the spirit leads form, so that form is imbued with spirit.”

Perhaps it was the bearing of the Shen Yun performers that struck a chord in Mr. Bongers.

He was moved by the combination of the dancers’ richly-colored, “flowing” costumes along with the live orchestra. “The sound, the coloring, the costuming—just flowed. It was almost ethereal,” he said.

Ms. Walker was moved by the traditional values presented.

“For me, the emphasis was on peace, forgiveness, and tolerance,” she said. “Those are things that we forget; we really do. We really need to be on [the side of] what’s good and what’s right. This gives me a chance to reflect on those things.

She said she hopes others in the audience also felt uplifted because that’s what the performance offers.

“Everybody needs a little shot of that periodically in their lives,” she said.

Both Ms. Walker and Mr. Bongers recommend Shen Yun to their family and friends.

Also in attendance Jan. 31 were Laura Bellin and Paul Martinico, both of whom were delighted by Shen Yun.

They particularly enjoyed a piece called The Fable of the Magic Brush, a story about a kind-hearted painter who is given a magic brush that turns anything he paints into reality.

Ms. Bellin thought the moral of the fable was great. “The good people make good things, and the bad people couldn’t,” she said, referring to a few rascals in the fable who, despite stealing the magic brush, were unable to make it work to meet their selfish desires.

“I love fables and fairy tales,” she said. “And it’s just something different that you don’t see anywhere else. We’ve seen a lot of musicals and shows, and this is unlike anything we’ve seen before.”

Ms. Bellin also noticed a theme in the performance common in both Western and Eastern cultures: “If you do good, [then] good things will come to you, and so on.”

Both she and Mr. Martinico were surprised, however, to learn that Shen Yun cannot be seen in China today despite its worldwide appeal and that the Chinese Communist Party even forbids people from meditating.

They were referring to a piece they saw in the performance depicting the persecution of the meditation discipline Falun Dafa. The piece, entitled The Power of Compassion, illustrates how a Chinese policeman changes his violent ways after experiencing compassion from the very people he was persecuting.

Ms. Bellin was sad to hear about the oppression taking place in China.

“Something has got to change,” added Mr. Martinico.