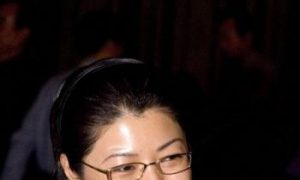 Nantou Mayor: 'It made me think deeply'
0 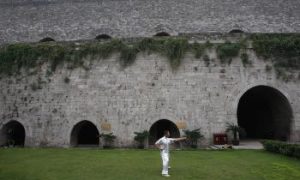 Shen Yun, A Performance to Behold

They came to experience the wonder of 5000 years of Chinese history, brought to life through classical music and dance by the New York-based company.

Mr. Sterns said, “It’s been amazing. The grace of the dancers is something to behold. The stories that they tell are very interesting.

“So far, the whole show has been wonderful,” said Mr. Sterns who was interviewed at intermission.
“I think for me what really touches me about it is how much there is about China that we don’t know,” said his wife.

Shen Yun presents performances of classical Chinese dance, as well as ethnic and folk dances, such as the Min Nan and the Yi people.

Mrs. Sterns was impressed to learn that China has 50 ethnic groups, each with its own culture and traditions. She felt that through dance, Shen Yun was providing a medium for these groups to communicate with the audience members.

“They try to put it in the environment to help us feel like we’re right there, that’s what the backdrop does for me,” she said referring to the state of the art digital backdrops accompanying each dance piece.

“For me it’s more than just an emotional thing, which of course is amazing and I’m very pleased to be here. But it’s more how much I don’t know about China and how much the world in general doesn’t know.

"I think it’s great that [Shen Yun is] providing this information because this is a way to touch people that’s beautiful; and they’re willing to accept it in this form. So we have a lot to learn,” she said.

As a New York based company, Shen Yun is able to present performances true to the spirit of traditional Chinese culture, which can no longer be found under China’s Communist regime today.

One such tale is Our Story, which depicts a beloved teacher who teaches her students to be truthful, kind and tolerant. The teacher, however, is persecuted by the Chinese police since these values are at the core of the spiritual discipline Falun Dafa, which is currently banned in China.

The couple noticed another aspect that distinguished Shen Yun from many other shows they have seen in the US. “When you’re seeing the message, you’re not seeing it from one person who’s the star, but from a whole group of people who are equally powerful in their presentation. It’s very good, very nice, very different,” said Mrs Sterns.

Accompanying the dance, there is also Shen Yun’s orchestra, which is unique in its ability to seamlessly blend classical Western and traditional Chinese instruments.

“The music is beautiful. It all goes together,” said Mrs. Sterns.

She said she would recommend the show to their family and friends, but her recommendation stretches further. “I think the American people in general would benefit from seeing this. “[It’s] inspiring, informational, a way to learn more about the Chinese culture that we all need to know,” she said.