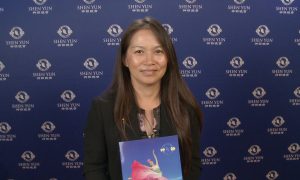 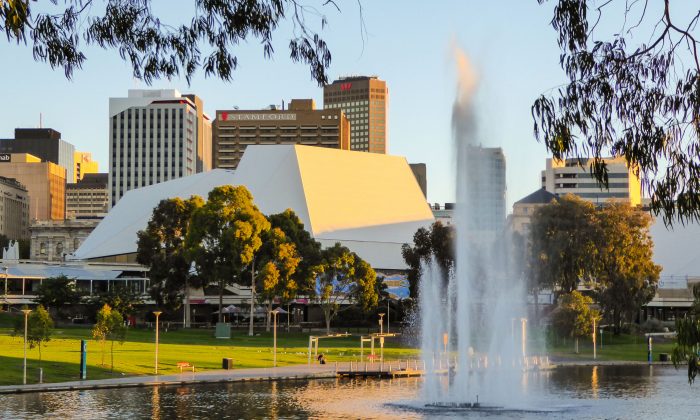 Shen Yun a ‘Once in a Lifetime Experience’

ADELAIDE, Australia—To the delight of Adelaide audiences, Shen Yun Performing Arts brought the profound spirit of a lost culture to life on stage as they danced the stories of 5,000 years of divine Chinese culture. Shen Yun is based in New York and is in Australia as part of their annual world tour.

Disability worker Leanne Kelley said she was just so grateful that she got to see Shen Yun at the Adelaide Festival Theatre on Feb. 9.

“It feels unique and special and just like a once in a lifetime experience” she said.

Leanne works with the disabled and says she really feels the importance of trying to preserve the traditions and culture and the unique special things that we all have to share with each other. She was really moved by the performance.

“It was breathtaking, beautiful and so uplifting” she said. “And when they started I was almost moved to tears. I could feel this beautiful energy coming out of their performance. It was just so rich and so colourful and so flowing, and the artistry of the costumes, and the beauty of the dancers. It was a very feminine thing for me but when the men came on – it was just amazing and so beautiful.”

The stories of faith and courage were uplifting and inspirational for Leanne.

“Art can actually change people’s attitudes and ideas and I very much like that idea. This [performance] is really embodying that. I love the fact that it’s a divine spiritual practice.”

Shen Yun presents the values of traditional Chinese culture in the stories of heroes, myths and legends that are retold on stage through the medium of classical Chinese dance. Ancient literary classics extoll the compassionate, courageous and loyal, values by the most memorable characters; the Monkey King as he tricks a stubborn foe; the triumph of the great General Yue Fei; and witness how these values can still endure.