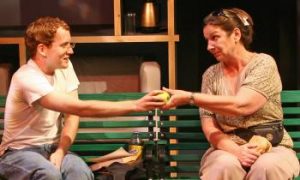 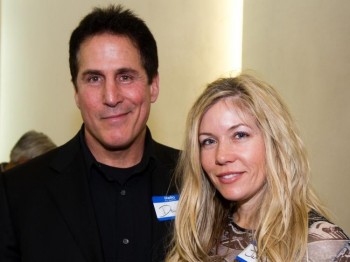 SAN JOSE, Calif.—A Saratoga business owner and his wife took in an uplifting, “mind-expanding cultural experience” that stressed the commonality of all humanity, when they saw Shen Yun Performing Arts New York Company at the San Jose Center for the Performing Arts on April 8.

Having heard about Shen Yun via the local media, Mr. and Mrs. Jonathan saw the performing arts company in its first San Jose show of 2011. The show concluded with a standing ovation and curtain call, and many enthusiastic cheers.

“Very athletic,” said Doug of the Shen Yun dancers. “I was very impressed with their body control, their facial control.” Doug described himself as an ex-athlete, having played football and rugby, as well as wrestling and martial arts.

In one word, Doug called the show “uplifiting,” while Jamey particularly noticed “how [Shen Yun] liked to incorporate a kind of a comedy or a lightness in all of their performances,” leading her to frequent laughter.

Beyond mere physicality, Jamie found Shen Yun to be a “mind-expanding cultural experience that gave a different viewpoint.”

“I really didn’t know it was that deep,” she said.

The Shen Yun hosts, who take a moment to explain each segment of the performance, explained during the show that the term “Shen Yun” translates as “the beauty of divine beings dancing.” The segments range from traditional Chinese legends set to dance, to ensemble ethnic dance pieces, to Bel Canto operatic singing.

“What’s interesting to me is realizing that [Chinese] culture is 5,000 years old. It makes you kind of realize that Westerners are pretty new on the planet,” said Doug.

“So there’s a lot to be learned from [traditional Chinese] culture.”

Aside from culture, Jamie also said she learned about some of the realities in China today: “I didn’t realize that they aren’t able to read certain books and do these certain performances.”

She was referring to Our Story and No Regrets, both pieces set in contemporary China where police attempt to take from Falun Dafa practitioners books that contain the teachings of the meditation practice. In both performances, the practitioners are physically persecuted for staying true to their beliefs—a reality that persists in today’s China.

“That really blew my mind too. We saw a real wake-up call. It makes you feel fortunate that we’re living in a country where we can be and do what we do and be who we are. We take it for granted. There’s a billion people over there that don’t have what we have. That’s what hit me,” said Doug.

Yet while watching the show, Doug said, he was struck by the common thread linking all of humanity.

“It seems that people are so much more alike than you really realize, when you see [various aspects of Chinese culture], with their humor and their folksy way of doing things,” he enthused.

“If people would connect culturally, there might not be such division with people in the world. So I think it’s very important that people share their culture, because I think it’s a great way to bring people together in a positive way, and for people to get to know and understand each other because of such a common bond.”

“When you see people from a different part of the world and you realize how similar they are to you, [for example] when you look at the [Shen Yun song] lyrics and note what’s important. It’s a good reality check, I like it.”