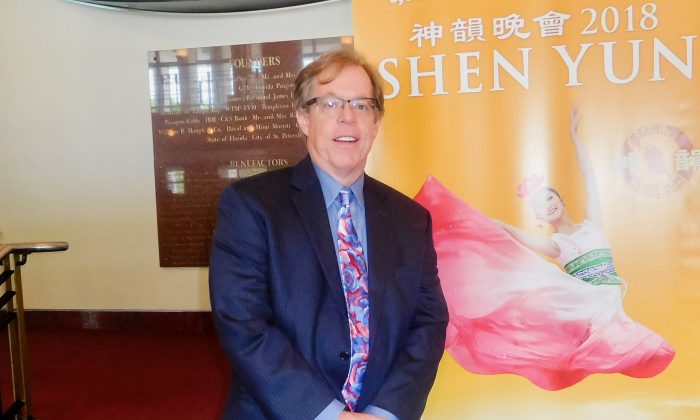 “It was spectacular. The dance and the music really perfectly fuse together, really make an elegant show.”

“I have never seen or heard the instrument [the erhu]. I was deeply moved inside. I thought it really went through a spectrum of emotions.”

“[The live music] was phenomenal. … They were obviously great musicians. I think in the artists, you feel the vibration of the live music, and that, coupled with the spectacular dance really adds an extra layer to the show. They made it wonderful.”

“Truth, wisdom, sincere love of one individual for the other—that was a beautiful piece toward the end [‘Devotion,’ a Chinese dance story]. I think those are really divine elements that really span time and space. Whether you talk about thousands of years ago or today, they are as true today as they were back then.”

“Some of the universal themes that [the performance] reinforced … love, wisdom, justice, truth—those are things that will stand as long as we are humans on the Earth.”

“It’s phenomenal, it’s eye-opening, and it’s extraordinary. It was a masterpiece.”