Shen Yun, A Great Message to Start the New Year 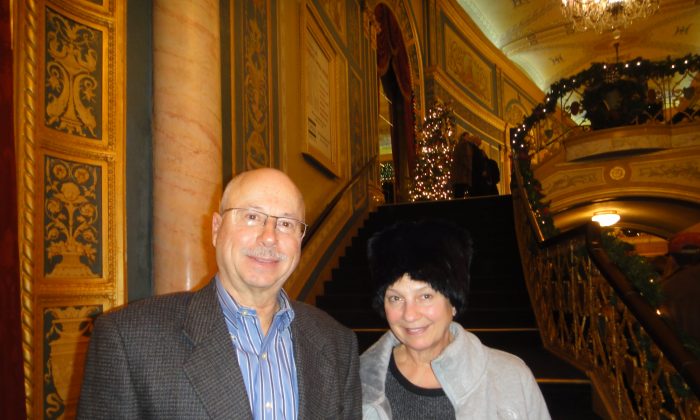 DETROIT—”I was breathless, what a way to start the New Year! I want to remember everything in the show and apply it to my own life,” said Roberta Hammond after seeing Shen Yun Performing Arts at the Detroit Opera House.

As Shen Yun’s website explains, the performance is more than music and dance: “Sophisticated dance techniques, an orchestra joining instruments from both the East and West, beautiful costumes, and a stunning back drop—this is Shen Yun at first glance… Principles such as benevolence and justice, propriety and wisdom, respect for the heavens, and divine retribution, all come to life, washing over the audience.”

Mrs. Hammond is an automotive efficiency expert. She and her husband Richard, who works in automotive sales, attended the matinee performance of New York-based Shen Yun Touring Company on Jan. 3.

Nearing retirement, Mrs. Hammond mentioned that the message she got from the performance was especially important to her at this stage of her life. For her it’s about being compassionate, caring, quiet, and searching within.

“It’s okay to believe in something bigger than ourselves. What a great message for right now—the times we live in. Just try to understand and go within and be strong, and sometimes the right things will come along to help you,” she said.

A spiritual connection is Shen Yun’s artists’ motivation for striving to excel. It’s the heart behind each movement of the dancer and each note of the musician, according to the company’s website.

This connection resonated with Mrs. Hammond. She was reminded of the idea that there is a Creator who is, and always has been, with us. “Discovering and remembering he is here and not losing when the dark forces come, when the dark things happen, it’s not to forget,” she said.

Mrs. Hammond added that the traditions are also important messages for younger people. She said they may not remember or have experienced the loss of traditional culture firsthand, but they need to understand how bad it can be. “If we become oblivious and just think nothing of those kinds of things, then nobody will be here to save us from ourselves.”

Overall, Mr. Hammond thought it was beautiful. For him, the dancing, the music, and the choreography made it great.

“I’m going to come back every year,” Mrs. Hammond said.

Reporting by Xinxin and Andrew Darin