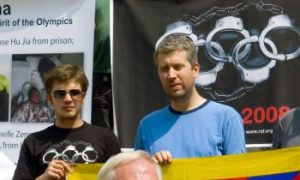 NY Locals Call for Freedom in China as Olympics End
0 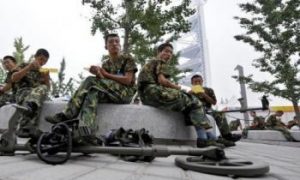 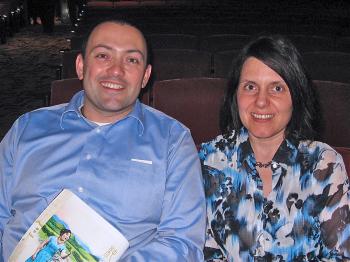 By Epoch Times Staff
Print
KANSAS CITY, Mo.—Shen Yun Performing Arts, making a stop in its Midwest tour in Kansas City on Wednesday, April 13 offers as much variety to its audience as does the job history of one of its viewers, Christopher Lyon, who attended the show with his wife, Cindy.

Mr. Lyon, an attorney, is currently part of the KU Medical Center leadership team as the new Associate Vice Chancellor of Human Capital Management. But his career has included him working an Assistant Staff Judge Advocate in the United States Air Force; with the U.S. Chemical Safety and Hazard Investigation Board in Washington, DC; and as Executive Director of Human Resources for the Kansas City, Missouri School District.

Shen Yun Peforming Arts New York company offers its viewers a variety of music, presented in singing, instrumental solos, and orchestral accompaniment. It also boasts the performances of classical Chinese dance and folk dances from China. Together these performances present a wide-ranging scope of both pageantry and history from China’s 5,000 years.

“It’s wonderful; we’ve never seen anything like it, and we’re really enjoying it,” Mr. Lyon said of the show.

He enjoyed every aspect of it, saying, “It’s really sort of a feast for the senses.”

Shen Yun is known as the world’s premier company that showcases classical Chinese dance. This dance form is still mostly new to the West, and “carries the essence of Chinese cultural expression in its movements, postures, and aesthetics,” according to Shen Yun’s website.