Thousands March to Beijing to Protest
0 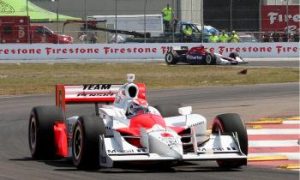 Mr. Lasala played two seasons in the New York Yankees minor league system and currently serves as assistant coach for the Iona college baseball team. He was drafted by the Bronx Bombers in 2006.

As a baseball player and now assistant coach, Mr. Lasala knows that it takes hard work and endless hours of physical training to play at a professional level. He admired Shen Yun's dancers for their obvious talent, and the discipline it takes to reach their high levels of skill and endurance.

“The positions they put their bodies into—to be flexible and strong at the same time—are unbelievable,” he said. “Being able to [do] that … excellent!”

A unique feature of Shen Yun is its digitally animated backdrops, which allows for a variety of effects, including showing the dancers flying on and off the stage. Mr. Lasala was delighted with this effect: “The colors, the technology with the dancers, was beautiful,” he said. “It was excellent.”

With reporting by NTD Television and Justina Wheale.