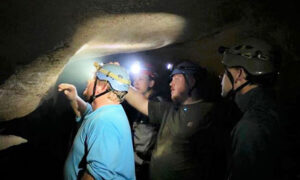 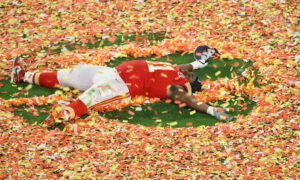 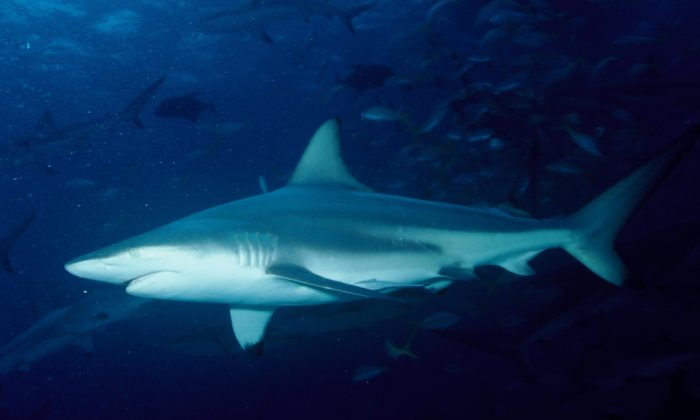 The moment when a shark charged and collided with a scuba diver was caught on video and has gone viral.

Elton Polly was on a shark dive off the coast of Durban, South Africa.

Polly was filming other divers swimming in the vicinity of a group of sharks when one suddenly charged a diver.

“The shark was startled and in an attempt to get away it charged right into the divers head knocking his mask off and the regulator from his mouth,” Polly wrote in the description of a video of the encounter posted on his Youtube account on Feb. 27.

As the blacktip shark swam away, other divers immediately approached the man to check on him.

“Luckily there were no serious injuries,” Polly wrote.

Blacktip sharks usually grow to be 5 feet long. They can be found in tropical and subtropical waters around the world.

While they’re a more timid shark species, they can get aggressive in the presence of food.

Only several dozen attacks of blacktip sharks on people have been recorded, but the real number is likely higher because blacktips are harder to identify, according to the International Shark Attack File.

Blacktip shark is listed as “near threatened” by the International Union for Conservation of Nature Red List of Threatened Species. Even though it lives around the world, it reproduces at a slow rate and is thus in danger of over-fishing.

He’s a diving instructor, photographer, and a shark enthusiast with hundreds of shark dives under his belt.

The Oceanic Blacktips of #aliwalshoal must be one of my favourite species to dive with. Although there have been some negative interactions with humans it is very rare that they would bite unprovoked. Instead they seem to be very curios around divers and don't seem to have much respect for divers personal space. Really enjoy diving with these guys since they are listed as Near Threatened by the #iucn. Interesting thing is that in the absence of males, the females are capable of asexual reproduction. Probably a good thing since most of the population at aliwal are females. #blacktips #scuba #roballen #sharkdive #scubapro #epicdive #omer #indianocean #curious #bluewater #conservation #sharkresearch #volunteer #internship #requiemshark #threatenedspecies #toppredator @action_gear @white_shark_africa

“Having been out on the sea most days over the past twelve years, I have seen some amazing things. What started as a basic curiosity for marine life, has become a fascination for me, with a special interest in sharks. After hundreds of dives with more than 10 shark species around South Africa, I can say with certainty that sharks are largely misunderstood,” he writes on the website of his business, Ultimate Shark Adventures.