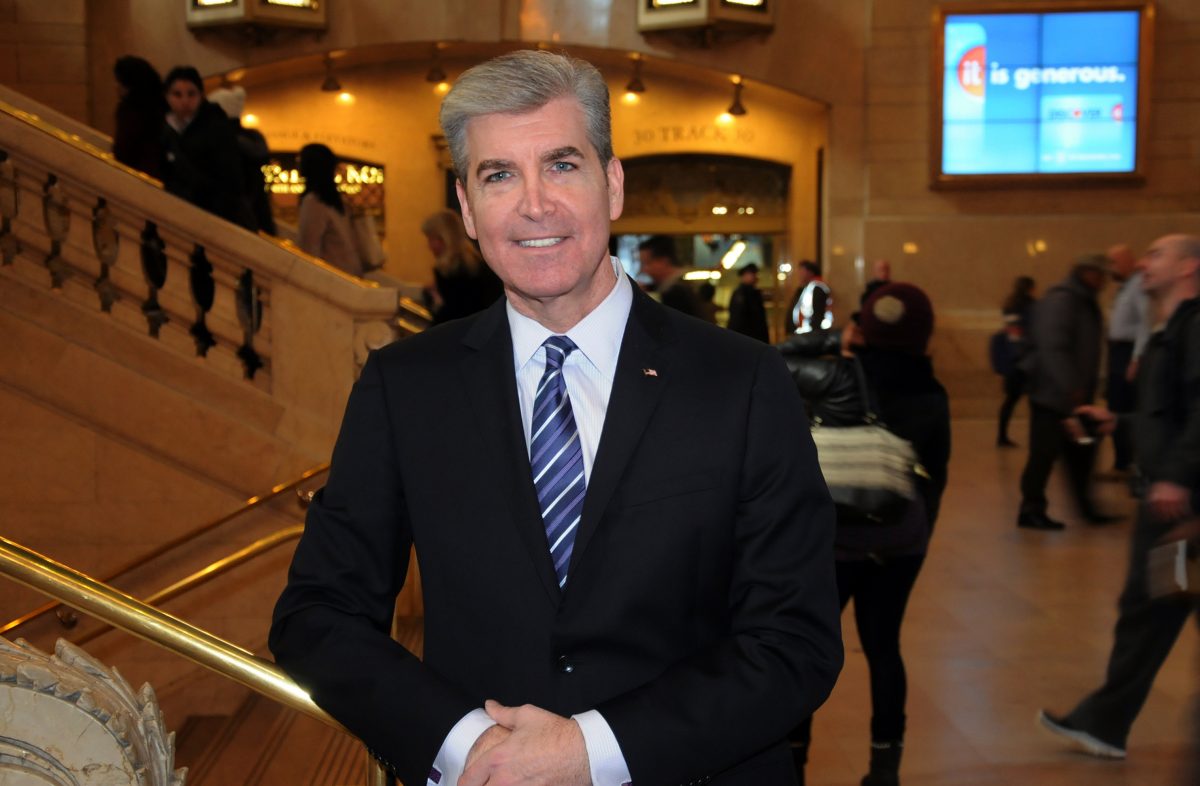 Fred Cerullo is a city planner excited about the future of New York
BY Andrew Thomas TIMEFebruary 1, 2019 PRINT

NEW YORK—New York is the United States’ largest city—and one of the largest in the entire world. Home to some of the most iconic landmarks, it’s steeped in history, but is never standing still, constantly growing and evolving with the ever-changing population and technological advancements.

Native New Yorker Fred Cerullo has seen a lot of change in the city during his lifetime, and for a large part of it, he’s been at the forefront of that change.

As president and CEO of the Grand Central Partnership, which manages one of the largest business improvement districts in the world, and a member of the New York City Planning Commission, Cerullo has helped shaped the way New Yorkers live, work, and play in the city that never sleeps.

“It’s living, breathing work,” Cerullo told The Epoch Times, describing how nothing is ever fixed when it comes to city planning. What seems like the right decision today will likely evolve with time and the changing needs of citizens.

Cerullo was born in Brooklyn, and moved to the more suburban borough of Staten Island when he was 2 years old. His family was one of the first to live in the Great Kills neighborhood of the borough, and he vividly remembers the dirt roads of the then-rural area. His parents loved Manhattan, and his family spent a lot of time shopping and going to the theater there.

Growing up experiencing the different facets of the city, Cerullo grew to appreciate New York’s diversity, and how the different neighborhoods fused together to create the city.

Today’s New York is even more diverse than the city of his childhood, Cerullo recalls—in its people, facilities, and character. And it’s much safer.

“The city certainly was not as vibrant as it is today. I can think of streets being darker,” he said. “There were certainly areas as children we would not go.”

Now there are no bad neighborhoods in New York, Cerullo says, which is a great achievement.

It’s no surprise that Cerullo became involved in city government, considering his love for New York. In the 1980s, he began his career as young attorney for the minority leader of the city council, before becoming minority leader himself and serving on the Land Use Committee.

“I loved the fact that I was working within an institution that was representative of the whole city. That experience taught me so much about the neighborhoods of our city. And coming from a borough that tended to feel detached from the city, I learned where there were really common issues with neighborhoods that we would never had imagined that we could share,” Cerullo said.

As a result, Cerullo discovered he could easily link with council members and partner on bipartisan legislation. He got to know the people in his community, learned about their problems, and came up with creative solutions to solve them. At the same time, he dealt with city-wide issues such as the budget and the astronomical level of crime.

Cerullo was on the council when it developed the Safe Streets, Safe City Program in 1991 to address the crime issue, particularly the high murder rate.

“This young kid from Staten Island, who was representing his community was also helping to debate and help craft solutions to save people’s lives across the city,” he said, recalling with fondness the years he spent honing his skills and learning from colleagues. “I always think back to my council days with a huge smile.”

Cerullo also served on the transitional teams for Mayor Rudy Giuliani and Mayor Michael Bloomberg. It was an exciting role, and ultimately helped shape the legacy of the respective mayors, bringing together people with a shared love for the city.

“There’s a real eye opening when you see the amazing talent that our city has,” Cerullo said. “To get to know those people and get to talk to them about the issues that they believe are important, there is really no greater experience.”

In 1999, Cerullo left the council to become the president and CEO of the Grand Central Partnership, taking on the stewardship of a 70-block area in Midtown Manhattan.

One of the two biggest projects in the area is the development of the One Vanderbilt skyscraper on the corner of 42 St. and Vanderbilt Avenue, which is under construction. The second is JPMorgan Chase’s redevelopment of 270 Park Avenue.

These two projects “are helping to change the narrative about East Midtown in terms of looking toward the future,” Cerullo explained.

In 2004, Mayor Bloomberg called Cerullo and asked if he would be interested in becoming part of the City Planning Commission. He has served almost three terms as a commissioner and was reappointed in 2018.

The City Planning Commission is the body that considers and approves or rejects applications for new developments, redevelopments, and changes in use, size, or character of neighborhoods, Cerullo explained.

“It’s an entity that is intimately engaged in the character and the legacies of our communities.”

Areas that were previously used for manufacturing might be rezoned for residential use or vice versa. Changing character might involve allowing a high-rise building to be built in a low-rise area.

“All of the decisions facilitate change. It’s obviously always the intention that the change is positive or will facilitate positive change [in the future],” he said.

“In some cases it’s about providing for growth and change, and in other cases the commission’s work is, very importantly, about preservation and protection.”

Challenges and the Future

As New York City ages, so does its infrastructure—the power network, water mains, technology, and transit system—all straining under the influx of new residents and the 65 million tourists New York attracts every year.

As a city planner, Cerullo is concerned with meeting these demands, in areas of new development as well as old. The challenge is that it involves the work of many different agencies.

Encouragingly, he says, the City Planning Commission has started working with the Office of Management and Budget to be involved in the budgeting process for the funds needed to address the city’s infrastructure issues.

“The embrace of that responsibility … will help guide the future better than it has been in the past,” he said.

Cerullo worked on the new Yankee Stadium and Hudson Yards—a large-scale re-development program on the West Side of Manhattan—but his most exciting project to date was involvement in the early phase of what became the rezoning of Greater East Midtown in the summer of 2017. His role with the Grand Central Partnership prevented him from participating at the commission level.

The rezoning allows for the building of new state-of-the-art commercial buildings, such as One Vanderbilt, as well as reinvestment in existing buildings and infrastructure.

The neighborhood has “iconic landmarks and now will have just next door some classic iconic new development that will speak to the future,” Cerullo said.

Greater East Midtown has also always had a lack of open public spaces, and the city plans on creating three large plazas for residents and visitors to enjoy.

“People want to get out of their office … go to the corner deli and get a salad or a soup and sit and enjoy being outside,” Cerullo said, explaining that people expect much more from their work surroundings than they did 30 or 40 years ago.

“This piece of what’s happening in the neighborhood, the development of new public space, is a critical component to people wanting to do business here.”

Cerullo will be celebrating his 20th anniversary at the Grand Central Partnership this month.

“I don’t think I’ve ever been bored one day in those 20 years and still enjoy this job the same way I did the first day I walked in the door,” he said.

“The ability to work for amazing people who support what we do, and constantly want to come up with ways that bring the city forward and help keep the city vibrant and vital, really makes this an amazing job.