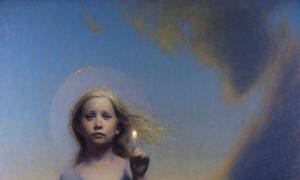 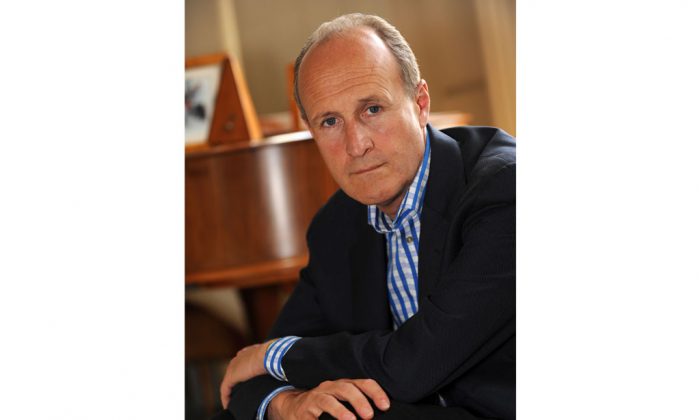 Shaping Our Lives: Sir Peter Bazalgette on the Future of the Arts in England

LONDON—When Sir Peter Bazalgette took over as chair of the Arts Council nearly two years ago, there were many who weren’t confident the former “Mr Big Brother” could cut it.

It’s unfortunate that 61-year-old Bazalgette has been tagged as the man who created the show that many see as the beginning of the end for British TV.

He has been described as a “polymath” by the broadcaster Nick Ross in an interview with the Evening Standard, “as comfortable talking science, gastronomy or current affairs as broadcasting, new media or the arts”, and he has a life-long love of classical music.

He displays a humble warmth during our interview (he prefers colleagues to call him “Baz”) but is fiercely intelligent, answering many questions before they’re asked.

His opening reply as he sits with his cup of miso soup (“it saves precious time,” he says) is to confirm that his role at the Arts Council is as much about politics as it is art, and he is realistic about achieving his aims.

“We had a politician in the UK in the 1960s called Enoch Powell who was very controversial, but he is famous for one particular quotation. He said, ‘all political careers end in failure.’ I don’t have a political career with a big ‘P’ but perhaps being Chair of the Arts Council is political with a small ‘p’. I hope it won’t be ending in failure but you never quite achieve everything you’d like to.”

It’s certainly true that his time at the Arts Council has been driven by passion rather than financial gain.

After TV company Endemol was sold for £3.2 billion in 2007, following global hits with Big Brother, Ready Steady Cook, Changing Rooms, and many others, he took home a sizeable fortune.

He is very keen on the role of digital technology in democratising the arts. The Arts Council has supported the National Theatre Live, which is an initiative to bring world-class live theatre into 360 cinemas both in the UK and abroad.

The Arts Council has recently published Create, a collection of essays about the intrinsic values of culture and its social and economic importance. Bazalgette lays out in his introduction the lineage of British public funding for arts, which he says forms part of Britain’s “soft power”.

“Something that is of the public and for the public should always merit public support,” he writes.

The publication he hopes will remind politicians and civil servants about seeing the “whole map”, and why we should put public money into the arts. “[It’s] about the intrinsic value of culture, which is a philosophy, it’s the national conversation, it’s our personal and national identity, it’s excitement, it’s quality of life,” he says.

He emphasises the value of the arts in society and education, and about how they can touch and shape people’s lives, whether at school, in hospitals or prisons, or in later life.

The economic value of the arts also plays a part. Almost a quarter of foreign visitors to London come specifically to see our culture, he says, and “people that have come into contact with British culture are more likely to trade with Britain”.

This means that the next government will need to have solid strategies to push the creative industries further, regardless of who is elected, he says.

As for arts organisations themselves, Bazalgette encourages the continued development of their own sources of funding. “You can’t rely on the state,” he says. “They need to do better fundraising, they need to continue to do good sponsorship deals, and we are also experimenting on new forms of social enterprise investment.”

Bazalgette’s role gives him a unique insight into the arts, but as for what has inspired him on a personal level this year he answers clearly and quickly:

“The Matisse Cut Outs exhibition at the Tate Modern: it was astonishing. How wonderful it is for a man in his 80s to create such exuberant, joyful work. It was the work of a 20-year-old. Can we all, when we get into our 80s and 90s, be as optimistic, forward thinking, and joyful as that? Wouldn’t that be wonderful.”