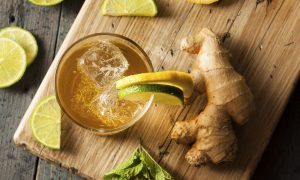 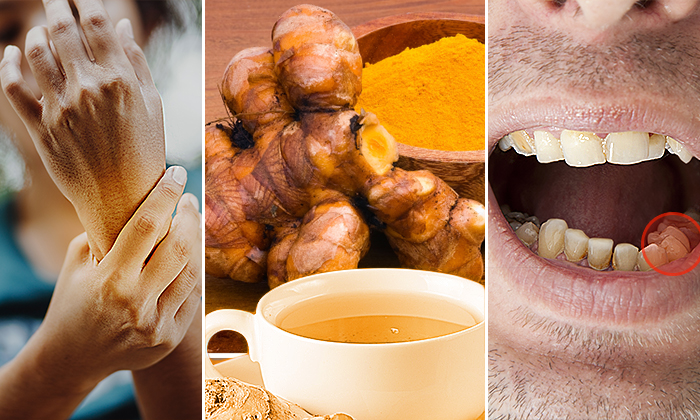 If you don’t already keep ginger  on hand for cooking, you really should, as ginger is one of the healthiest spices on the planet. Besides enhancing our foods with a hot, zesty flavor, ginger has also been used for its medicinal purposes for over 2,000 years by various cultures in the world. Ginger is known as a natural remedy for its miraculous effects of relieving joint pain, aiding weight loss, protecting against Alzheimer’s disease, and preventing tooth decay.

Below we have compiled eight incredible ways drinking ginger tea can benefit your health:

Join arthritis is a common problem that affects millions worldwide, mostly middle-age to elderly people. It involves degeneration of the joints in the body, leading to symptoms such as joint pain and stiffness. Although arthritis can damage any joint in your body, it most commonly affects joints in the hands, knees, hips, and spine.

A study conducted by researchers from the University of Miami compared the effects of concentrated ginger extract to placebos in 247 people with arthritis of the knee. It turned out those who took ginger had less pain and stiffness in knee joints by 40 percent over those who took placebos.

About 25 million to 45 million Americans suffer from irritable bowel syndrome (IBS), a common stomach problem that causes stomach cramps, gas, bloating, constipation, and diarrhea. Drinking ginger tea can help relieve these symptoms because the spice can stimulate saliva, bile, and gastric enzyme production to accelerate the movement of food from the stomach to the intestine. A sip of ginger tea before bed can help clear out the gas accumulated in the digestive system and help relieve bloating. Not only will it ease symptoms, it will also protect against further damage to the intestinal tract.

Ginger tea between meals can also boost nutrient absorption. You may not realize it, but your body doesn’t always absorb all of the beneficial vitamins and minerals from meals. People typically absorb anywhere from 10–90 percent of the nutrients they consume. Certain foods have been shown to boost nutrient absorption, and ginger is one of them. In Ayurvedic (traditional Indian) medicine, ginger tea is believed to increase “agni,” or “digestive fire,” and improve both transportation and absorption of nutrients.

Ginger can help lower the risk of infections by suppressing the growth of many different types of bacteria. In fact, ginger has a long history of being used to treat infection in Chinese, Indian, and Arabian medicine. Raffinose, one of the key active ingredients in ginger, is especially helpful in preventing bacterial buildup around your teeth and gums. This robust ingredient found in ginger actively removes excess sugar from your teeth, thereby keeping biofilm from developing. A biofilm is a stubborn form of bacteria that sticks to oral surfaces, which is usually blamed as the primary cause of oral inflammation, cavities, and overall decay.

Oxidative stress and chronic inflammation can accelerate the brain’s aging process and are believed to be among the key drivers of Alzheimer’s disease, as well as age-related decline of brain performance. A 2014 study suggests that the antioxidants and bio-active compounds in ginger can inhibit inflammatory responses that occur in the brain. There is also evidence that ginger can directly enhance brain function by slowing down the degradation of brain cells. In a study that involved 60 healthy, middle-aged women, ginger extract was shown to shorten the participants’ reaction time and boosted their working memory.

According to a 2014 study, ginger can lower your total cholesterol and triglycerides levels. In another  study in 2008, researchers divided participants with high cholesterol into two groups, one of which was given 3 grams (less than an ounce) of ginger powder each day and the other given lactose capsules instead. At the end of 45 days, both groups had reduced total LDL (or the “bad” cholesterol) levels and higher levels of HDL (the “good” cholesterol). However, the ginger-consuming group experienced a much more significant change of health, indicating that ginger really has a significant medicinal impact in curing disease—far more than a simple placebo.

In Ayurveda, ginger is a highly regarded for its ability to promote hair growth. Several ingredients in ginger aid in hair growth, such as magnesium, phosphorous, and potassium. These minerals don’t make your hair grow faster, but they increase blood flow to the scalp to stimulate the hair follicles, encouraging growth and preventing thinning. Ginger also contains abundant fatty acids such as linoleic acid, which nourishes your hair, keeping it healthy and strong. It also acts as a natural conditioner that restores moisture to your hair.

For women who have to curl up on the couch with a hot water bottle some days due to mensuration, ginger can provide miraculous relief. One of the traditional uses of ginger is pain relief—including menstrual pain. In a 2009 study, participants reported significant reduction in pains after taking 1 gram of ginger powder per day for the first three days leading up to their menstrual period. Interestingly, those who took ginger powder experienced as much pain as their counterparts who took mefenamic acid and ibuprofen.

Bonus: how to make ginger tea

To prepare ginger tea, you will need some fresh ginger root. Wash the ginger, remove the skin, and cut it into thin slices. For every cup of water, add 2 tablespoonfuls of ginger slices. Then, boil the mixture in a small pot on low heat and simmer for a short while—not too long—and then your tea is ready. Remove the ginger if you wish and drink up.