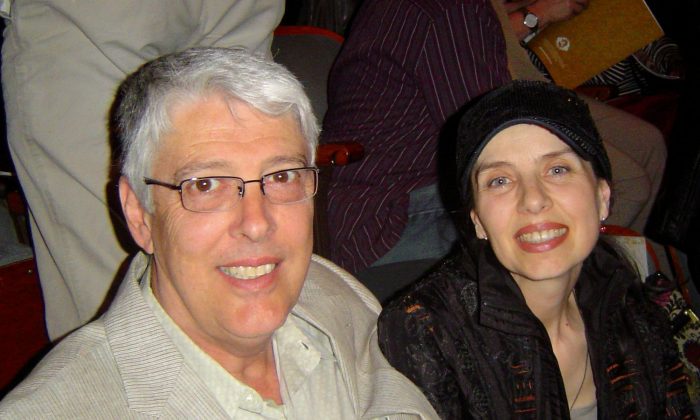 “To me it is a universal message, really, it is about love,” he said during intermission at Merriam Theater on May 4. “There is only one thing that can save us all, and that is love.”

Mr. Oechsle is a communications consultant who is currently senior vice president at Incite Communication. His former roles include executive director of corporate identity at Shell, where he led multiple teams that reached out to the community.

New York-based Shen Yun presents a revival of the ancient Chinese culture: 5,000-years-old and replete with a depth of principles and virtues.

“I’m loving it,” said Mr. Oechsle, who later added that the performance was moving.

What really stuck out to him was the digital backdrops, which utilize a patented technology to accentuate the classical Chinese dance.

“The backdrops are magical windows to completely different realms,” explains the company’s website. “From vast open grasslands in one dance to the stately elegance of Tang Dynasty pavilions in another; from dusty yellow battlegrounds to tropical beaches to Himalayan peaks to picturesque scenery of the Yellow River Delta—the digital projection infinitely expands and transforms the stage.”

The backdrops give a different perspective, said Mr. Oechsle.

“I’m talking about depth,” he said. “In most Broadway shows the stage is simply like a painted set, it’s rather static. Here it actually takes the back of the stage further away, which I think is really interesting.”